Q & A with Vic Godard

"If such a thing could be measured, Subway Sect were, for a couple of seasons in 1978, the greatest punk rock group in the UK, if not the world."
-Jon Savage
You can find out more about Vic and Subway Sect by clicking here: http://www.myspace.com/vicgodard 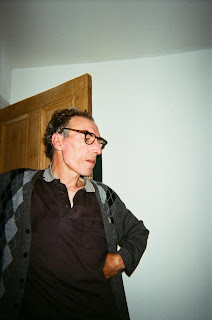 The Rebel magazine: Who inspired you to start a band?
Vic Godard: "Mainly John Lydon."
Who inspires you now?
"Mainly C.Debuusy and G de Nerval." 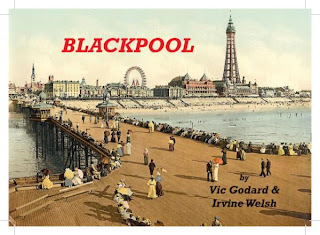 What is the best song to come out of your Blackpool project and how did your collaboration with Irvine Welsh come about?
”He contacted my manager at the time as he had the idea for Blackpool and thought my music might suit having listened to Songs For Sale and In Trouble Again. My favourite is still in the pipeline recording wise and is called Gin Memory Lane but Hand Jobs is my favourite song to sing onstage of all time.” 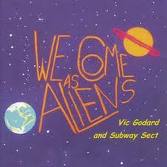 Tell us about your new album ("We Come As Aliens"), are you proud of it?
"The new album is coming along superbly live and I am changing things musically and lyrically as we progress so the first line of the album as of Thursday night is now ; remember in the days when we was those Jeremy Hunt's what......"
Vic also says: "Very pleased that the new album "We Come as Aliens" has been getting some great reviews- Q, Uncut,Big Cheese,The Telegraph,Classic Rock,and more.Even more pleased with the feedback, thanks to everyone who has got in touch. The Limited Edition Vinyl is available exclusively at gigs and mail order from me,enquiries to: gnuinc@hotmail.co.uk CD on Overground Records(UK) is widely available and I'll also have copies at our gigs- Southend,Bristol,Castellon Spain, Brighton,Newcastle Glasgow,Edinburgh, Stockton,Cannock and in the pipeline- Liverpool,Nice/Cannes,Brussels,Vic"

What type of music do you dislike?
”All art is good even Vettriano Rolf ‘n’ Ron Wood.”
How did your recent trip to Barcelona go?
Is Barcelona somewhere you could live?
”Fantastic, as was Vic, but I would never leave LONDON.” 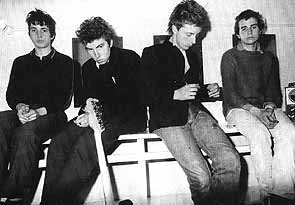 (I found Erica Echenberg's photo of Subway Sect on this website here: http://www.punk77.co.uk/groups/subwaysect.htm)
Are you still friendly with the original line up of Subway Sect? What do they do now?
"Yes. Myers lives round the corner as does Bernie believe it or not. And Rob and I speak most weeks on the phone. He’s still a librarian at Hammersmith and Fulham. Myers is an outreach worker in South London and is rejoining the Sect for the next re-issue album 1979 NOW when he gets round to getting a bass."
What did you get from working with Bernie Rhodes? Do you think of him as one of the good guys?
“He toughened us up very quickly but we all owe him our lives thanks to his calmness under extreme pressure during a horrific near fatal accident on the way to Cardiff in78. No.”
The other two groups he used to be the manager of were Dexys and The Specials. Which of those two bands do you prefer? Did you have any dealings with them.
”I used to have ska jams with three of The Specials at rehearsal rehearsals in Camden Horace Lynval and Jerry I think and went to their London debut at The Greyhound in Fulham. I met Kevin when he supported us at the Electric Circus in 77 when he had The Killjoys and then when Dexys split up I went on tour with The Bureau. Also there is a link to 1979 NOW in that the songs from it were all written for the Black Arabs to use on their first tour which was the first Dexys tour. Also I did a session with one of their keyboard players and two horn players alongside Cookie and Myers in the early eighties and later went on to sing with a jazz group containing Pete Saunders on piano in the nineties. I like Dexys best because of the singing but Ghost Town is one of my favourite records and I met Rico last year - he sings and plays for J.Holland now.”
What are your strengths as a singer/musician/songwriter?
"Doggedness."
Have you read the Kevin Pearce book Something Beginning with O?
"Not thoroughly but someone once showed it to me for a quick read."
Which of the 7 deadly sins are you most guilty of?
"I can't remember what they were its been thirty odd years since I saw the film but I would've reversed down the lane if I were Alfie Bass or the posh geezer."
Are you ambitious? What are your plans for the future?
"Yes I am hugely ambitious for the Sect but a new bass player is becoming an urgent priority."
Edwyn Collins has recorded a couple of your songs - what are your favourite Edwyn songs?
"I like too many to list but used to love doing Falling and Laughing live in 92. Blue Boy, Felicity, Consolation Prize, Wan Light and Dying Day."
What are you planning to do with the rest of the day?
"Not much- hopefully not listening to another Chelsea disaster at the lane on the radio, mentally dreading how long my round will take in the morning, and [assuming there is time for a bit of were musik] I have just located my copy of Gypsy Woman by Crystal Waters because I want to sample two portions of it so that it becomes possible to sing Mack the Knife over it. OVER AND OUT."
GNU INC PRESENTS 'BLACKPOOL' AN EP CD OF 4 SONGS ORIGINALLY WRITTEN FOR IRVINE WELSH'S INFAMOUSLY SHORT LIVED MUSICAL OF THE SAME NAME. WITH WORDS AND MUSIC BY VIC GODARD AND IRVINE WELSH AVAILABLE EXCLUSIVELY BY MAIL AND AT GIGS. £5 plus P&P (£1.25UK;1.50EUR & £1.99ROR). EMAIL YOUR ENQUIRY TO:thegnu@hotmail.co.uk OR PAY DIRECT TO Paypal account: thegnu@hotmail.co.uk.
Posted by The Rebel Magazine at 10:06