Q & A with Emma Coleman

(Above image: "Model Navy" painted by Emma Coleman)
The Rebel: How are things in Emma world at the moment? Are you enjoying being a mum and living by the sea?
Emma: "I am thanks! We're having a great time down by the sea although we really miss London and might move back there soon. It's a constant dilemma – in London you often wish for a different life by the sea or in the country and yet now I'm down here I long for dirty, smelly, lovely London. Never satisfied. It does feel like a permanent holiday now the sun is shining, though it was a bit bleak in Winter, a bit like living in the last town before you fall off the flat earth. I do love being a mum and it is the most incredible feeling that you have somehow helped to bring these mini human beings into existence but motherhood can also plunge you to the depths of despair, when you're exhausted beyond belief and you never realised that so much could be demanded in so short a space of time by someone so little. It's an interesting roller coaster ride let's say; the fresh sea air imparts a sense of optimism and that helps."
The Rebel: What do you think about the cuts in education? Did you get a grant? Was your art school education worth the money it cost?
Emma: "I did get a grant for my degree course and Laura Ashley paid for my foundation course in return for a painting. My art school education was priceless, it was one of the best times of my life. I had dropped out of two degree courses beforehand, Psychology and then Hotel Management and I was feeling a bit of a failure until art college. I had to do a bit of wrangling to get my grant transferred. I think the cuts are appalling. Everyone should be entitled to a free education."
The Rebel: What were the highpoints of your life as a student?
Emma: "The three-year-long delusion that as soon as my fine art degree ended I would immediately become a successful artist making a lot of money with critical acclaim. A rather enjoyable delusion while it lasted. Making such good friends. Putting on shows with said friends was a highlight as were the many nights spent at Mike's bar across the road from college." The Rebel: Were you obsessive about drawing as a child? When did it become an important part of what you're about?
Emma: "I was always obsessively drawing as a child, mainly small booklets of advertisements for products like socks that would never wear out, or furniture spray that meant you would never have to dust again. I always thought I would go into advertising when I was younger. Then I moved on to drawing cartoons and even did a short course in cartooning. Then I went to art college and spent a lot of time trying to deny the cartoonist in me. Perhaps I'll be ready to let that side out sometime soon. Drawing has always been incredibly important to me." 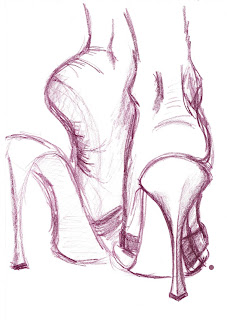 (Above image: "Get Me Heels" drawn by Emma Coleman)
The Rebel: Who were the early influences on the young Emma Coleman? Which artists impressed you most?
Emma: "How young? Very early on – whoever did those Ant and Bee books. Later Mordillo and later still, Yves Klein – then Matisse and Rodin. Then I went to art college and an entire world of artists to be impressed with opened up before me. I discovered Matthew Barney's Cremaster Cycle." 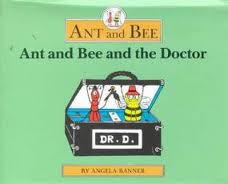 The Rebel: Do you ever have music on while you are doing art things? What would be your desert island discs?
Emma: "Yes but the music has to be either lyricless or be a song I know so well that I don't have to concentrate on hearing the words, otherwise I can't focus on the painting in hand. I usually listen to a lot of Sinatra, Ella Fitzgerald, Julie London, Junior Walker or any kind of music that makes you feel like you should have a gin and tonic in your hand and you're at a swell party on a rooftop in New York, which is a state of mind I like for doing art stuff. Desert Island Discs would include It Ain't Necessarily So- Molly Johnson, Personal Jesus-Johnny Cash, Living on the Ceiling-Blancmange, Fell in Love With a Girl-The White Stripes, Flower Duet from Lakme - Delibes, Blues Hand Me Down-Vintage Trouble, Last Night a DJ Saved My Life."

(Above image: "Slim Face" by Emma Coleman)
The Rebel: What art projects are you working on at the moment?
Emma: "I'm working on a commission from my 'Kiss' portrait idea. The idea comes from ladies who sit at their dressing tables to put on lipstick and blot their lips on a tissue. The tissue is tossed into the wastepaper basket but I 'retrieve' the tissue and paint the lip-print, which I suppose is as individual as a thumb print, as a portrait of that person."
The Rebel: When it comes to your own work do you have any big favourites or do you love them all?
Emma: "I like my series of skin paintings the best. Painting a surface of hugely magnified skin and folds. I sort of left the idea behind a while ago but now I'm going to revisit it. They were by far the most difficult paintings to do for some reason. I tried to paint in a stream of consciousness style across a canvas surface. I'm using this idea now to make some art cushions that will hang on the wall, in an attempt to reconcile my desire to nest and make a home with my desire to make art."
The Rebel: What are you going to do after you've answered these questions?Emma: "We're going up to Little Switzerland, a place in the cliffs on the Kent coast, to have a cup of tea and admire the channel views."
The Rebel: Do you have any favourite art books, biographies or artistic quotes that mean a lot to you?
Emma: "Art Since 1960 by Michael Archer. Night Studio, A Memoir of Philip Guston written by his daughter. I've been pondering that quote about the pram in the hallway being the enemy of art..."
The Rebel: Which makes you happier dancing or swimming?
Emma: "Definitely dancing. In my head I'm Uma Thurman twisting in a perfect white shirt at Jack Rabbit Slim's twist contest. Of course the truth is uglier." 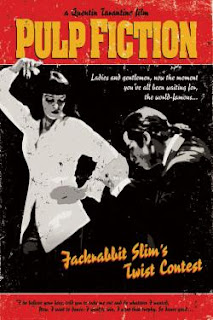 The Rebel: What are your ambitions?
Emma: "Quite simple and low key at the moment with two small children - to find time to make more art." 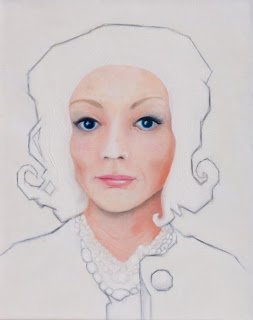 (Above: Emma's painting from the 100 Mothers Show
Posted by The Rebel Magazine at 11:47