Last month Marcus Harvey asked me to interview a painter for Turps Banana magazine. I was delighted to spend an afternoon with Humphrey Ocean.
Here are his answers to my first three questions - the rest will appear in the July issue of Turps.

Harry: Am I right in thinking that the man how taught you life drawing at art school was Ian Dury?

Humphrey: "Yes. He was new and we were new. He told us: "You're just playing at being artists. You're just playing at life drawing." But we did these terrific life classes, two of them, that he set up. We had to get the line right. We weren't allowed to shade in until we got each line right and rather than four hours the classes went on for four days. So I did learn about what proportion meant and in a practical way how it applied to art. Those were the two life drawings I did the whole time I was at art school. I still have them."

Harry: Actors have a saying: "Enjoy the praise but don't believe it." Can you talk to me a little bit about advice for young painters just leaving college? I want to know if you think getting money and praise too early on can be damaging?

Humphrey: "I enjoy the praise and I do believe it. I don't quite get enough of it. I remember at the age of eight or nine a drawing of mine, of a tree in black with white highlights on the branches for snow, was put up on the wall. Seeing the other children looking at it gave me a boost. When I went to art school nobody sold anything at their diploma show. We found it profoundly depressing and it put some people off. I actually mistrust the coyness with which artists approach the subject of money. It's probably gone the other way now but you need money to live and paint another picture. It's a separate thing, from my way of thinking, from making. I'm certainly not thinking of money when I'm working."

Harry: Who were the painters who made you want to paint? Do you still love them?

Humphrey: "Van Gogh and my mum (an amateur painter who loved Schmidt-Rottluff and Pissarro) and yes I do. An artist I also like is Josef Albers. He is the link in American art. Somehow all the lines intersect at Albers. Well before his trademark squares he was inventive in another way, full of design and in his woodcuts, linocuts and teaching at Black Mountain College he adapted European thinking to the new world. America took over art in the second half of the 20th century and of course it was where we looked. There is a romantic idea that Pollock was a pure thunderbolt out of the blue but of course he started out doing Picasso type pictures before he really got going with Newman and everybody, rejecting the fearful weight of Europe. Albers continued like a secret agent but only really came upon his squares and his colour when he was sixty. I like Clyfford Still, but although I was aware of his work earlier it only began to make sense for me when I walked into his rooms at San Francisco Museum of Modern Art in 1998 and saw them on American earth which they are very tied to with their hand ground colour. Goodness he was intolerant, and I love him for it. But influence works at right angles to the number you first thought of. What makes me want to paint are more likely to be unaccountable things, a fence or a night sky."
One: 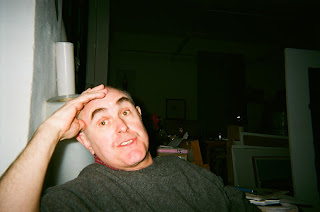 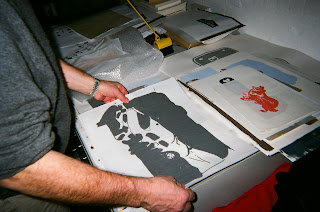 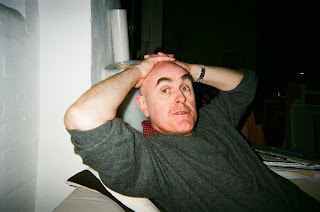 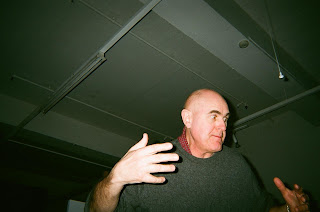 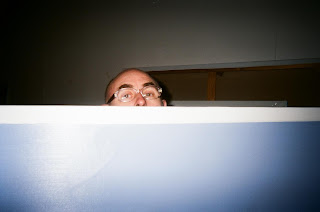 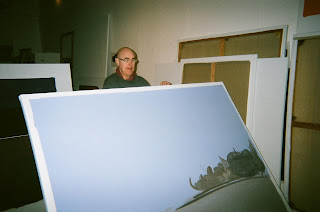 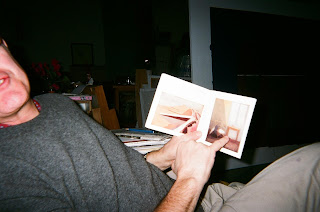 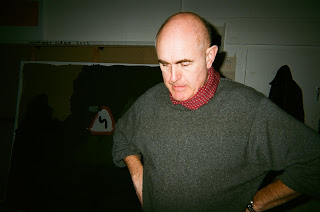 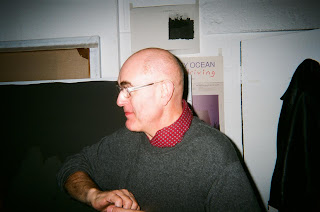 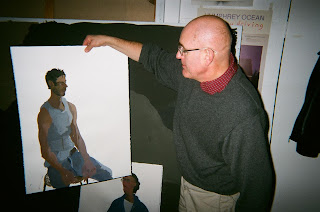 Posted by The Rebel Magazine at 11:56