Q & A with Martin Fry of ABC 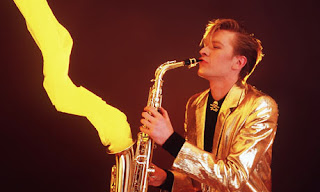 I found my old Smash Hits sticker book recently. ABC sold more than 2 million copies of their Lexicon of Love album and they were proper pop stars. In case you can't read the tiny type it says: "Martin Fry born 9/3/58 in Manchester has an English Literature degree from Sheffield University, is careful planner and enthusiastic ABC propagandist. Set very hight standards and fulfilled them with the Radical Dance faction's series of finely crafted singles. Understands value of presentation and production." 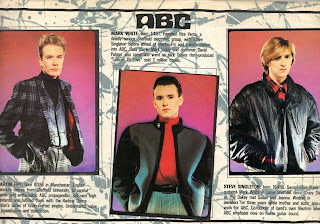 (Last week Martin kindly answered a few questions via e-mail for me...)

The Rebel: What were the best things about growing up in Manchester? What places in Manchester brought you the most happiness?
Martin Fry: "Getting the bus into the city centre , daydreaming about Bowie, buying suedehead clothes from Ivor's and Justin's. Manchester is a big city. It makes you feel big.The twin cathedrals of Manchester.Old Trafford and the Hacienda are the places that brought me the most happiness."
The Rebel: What kind of a student were you? Did you enjoy being at college?
Martin: "I went to Sheffield University and enjoyed every minute of it. I lived on Hyde Park Flats and read William Blake.I thought I was the only person in Yorkshire who loved punk. I was probably wrong."
The Rebel:What do you remember about the night in 2007 when you performed in front of 15,000 people in the Hollywood Bowl?
Martin: "I remember there was a clock on stage and you were fined if you played for more than 60 minutes. It was a beautiful night.
Steve Coogan was there."
The Rebel: "I remember Frankie Goes To Hollywood being the biggest band in Britain.They had your mate Trevor Horn producing them and Paul Morely was writing their sleeve notes – do you remember being a bit jealous or were you a fan?
Martin: "Are you kidding? No never jealous. They sang on an ABC tune called SOS. I met them in Sarm West. I introduced Trevor Horn to Paul Morley all those many years ago." 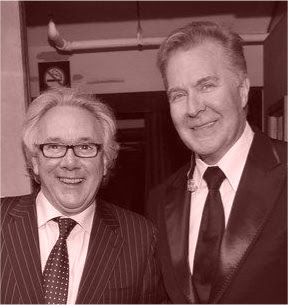 (Above: Trevor and Martin)

The Rebel: What was Julien Temple like to work with? Is he one of the good guys? Did you like the documentary films he made about the Sex Pistols and Wilko Johnson?
Martin: "Julien Temple was brilliant. He’s a very patient man. He directed our movie Mantrap and the clip for Poison Arrow. I loved Dr. Feelgood as a kid.I just checked out Vintage Trouble and they remind me so much of them. I’ve bought Filth and the Fury a few times." 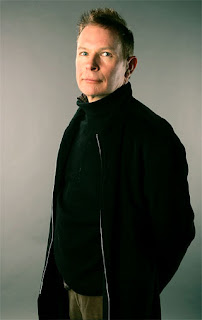 The Rebel:Which of you recent songs are you most pleased with? Are there any of your lyrics that make you swell with pride?
Martin: "See Through You and Love Is Strong."
The Rebel:Have you ever met Kevin Rowland? Did he seem a rival around the time of Come on Eileen or were you pop pals?
Martin: "When I got married I invited Kevin Rowland to my wedding. We were pop pals . He lived around the corner from me. Dexy’s were a stunning band." 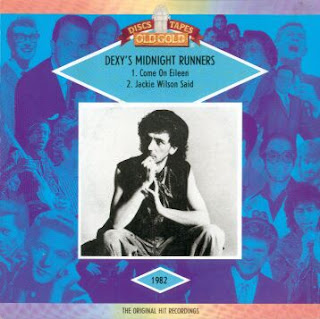 The Rebel:There’s a photo of you with Glen from Heaven 17 on one side and Phil from the Human League and the other. Were they happy for you to go in the middle? Do you ever meet up with them just as mates?
Martin: "Steel City Tour December 2008. Glenn Phil and me. They played down each flank and I was the central target man." 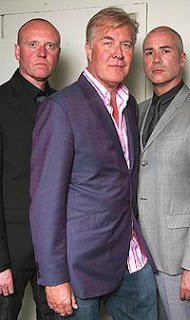 The Rebel: Are you excited about playing at the Isle of Wight Festival next week? And does your life in general seem pretty good at the moment?
Martin: "The Isle of White show will be brilliant.We played a show on Sunday and are match fit and raring to go."

Posted by The Rebel Magazine at 14:01