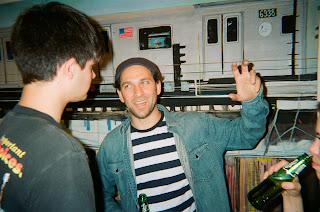 Bomb Chaser is Jessop's first one person show at the Charlie Smith gallery in 336 Old Street, London EC1V 9DR.
Visitors to the exhibition will get to see some very good new paintings and there is also a fantastic documentary being screened that fills you in on the artist's background.
James was born in 1974. In 1986 he recieved a copy of the seminal urban art book Subway Art as a birthday present and it blew his mind. The documentary film follows Jessop as he tours the Bronx with his graffiti hero Blade. You get to see some of the locations where Subway Art was made. Jessop's enthusiasm and excitement is infectious - it puts a spring in your step.
Since featuring in The Saatchi Gallery's New Blood show in 2004, James has shown his work all around the world with great success. I interviewed James in 2006 for an issue of The Rebel that was given away free to those who came to see an exhibition in Redchurch Street called People Like Us. James talked about growing up in Leighton Buzzard and being accepted by The Royal College and I asked him about how his work had changed over the years. James answered: "Well, other people will say that now it's more figurative and that it used to be more abstract. Or that it used to be more funky and rhythmic and now it's more crazy. To me it's just a logical progression and I still paint in oils and acrylics so it doesn't seem that different to me. I'm influenced by anything that grabs me... I like retro influences. I'm as likely to be influenced by a sexy 50's paperback of a horror story as I am by painters like Picasso, Guston, Doig and Ofili." I like this attitude and I think this way of thinking has resulted in some great work. I went to the opening of the show. It was very well attended, there was a good energy and lots of smiles. Shine on James Jessop. 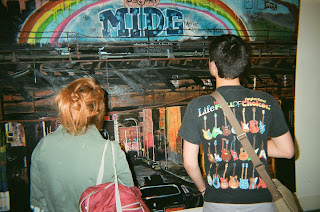 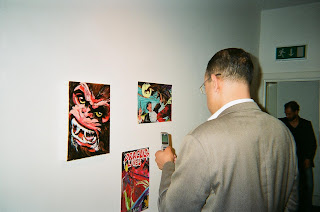 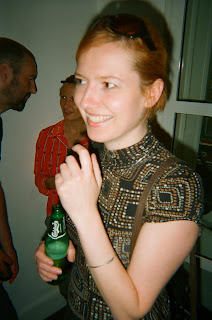 (Image below: James with the Daddy of the Charlie Smith gallery, Zavier Ellis) 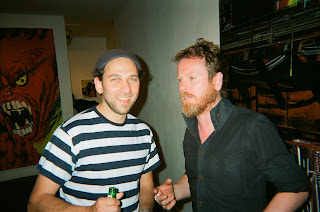 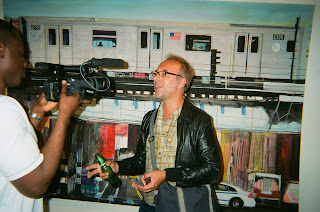 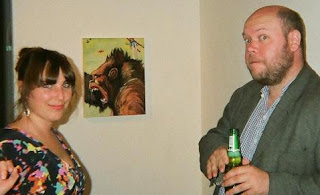 (Image below: "The Three Amigos") 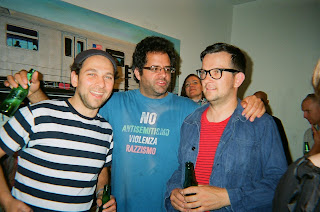 The Charlie Smith gallery is open Wed to Sat, 11am to 6pm. Bomb Chaser runs until Saturday July 2nd - Don't miss out.
Posted by The Rebel Magazine at 00:28