Dates For Your Diary 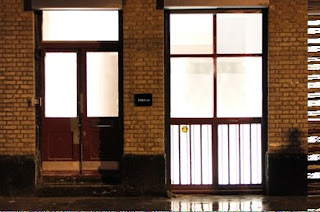 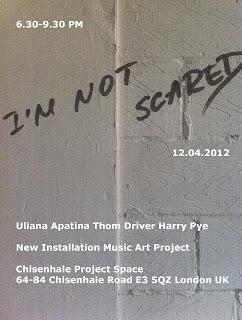 Uliana and Harry are both making installation pieces. Thom Driver will be performing songs from his new C.D "The Roar From Behind."
Event Three: Come to Tate Britain where not only are there the exhibitions "Picasso in Britain" and "Migrations" but also evening events featuring Klarita Pandolphi, Team Beswick & Pye and much, much more.

Event Four: (Inspired the Royal College Postcard Sale)Music industry golden boy Kevin King has 700 singles for sale all £40 each. The sleeves of these singles have been designed by members of The Cure, Florence & The Machine, Team Beswick & Pye, David Shrigley and many others. All money made from this event at the Idea Generation gallery will be going to the Teenage Cancer Trust. 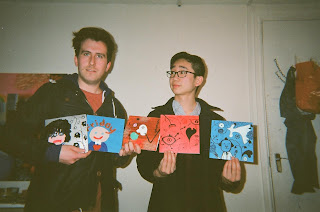 For more info go here: http://www.secret-7.com/
Event Five: An important fund raising auction for Depression Alliance is taking place. The event is called "In Comes The Black Dog" and it takes place at a gallery in South London. 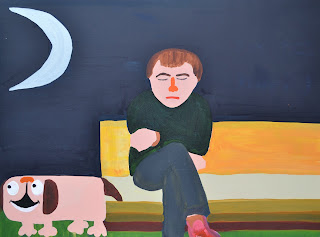 (Above Image: "I'm Thinking" a.k.a Portrait of Russell Walker by Harry Pye 2009 91cm x 122cm)
You will be able to bid for this painting at a special show in South London.
The Chief Executive of Depression Alliance will be speaking at the event which aims to change peoples' beliefs and attitudes towards mental health.
Posted by The Rebel Magazine at 12:22