Q & A with Chloe Mortimer 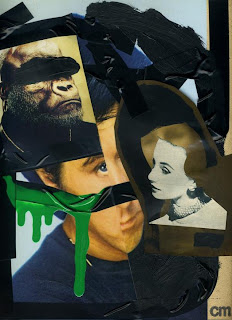 (Above image: Another Time, Another Place" by C.Mortimer 2010)

Chloe Mortimer is a 27 year old artist based in Brighton. Her mixed media collages have been exhibited at The Barbican, L-13, Five Years, and The Lucky Strike Gallery. In May her work will be featured in The (Other) Other Art Fair at Ambika P3, Marylebone Road NW1. 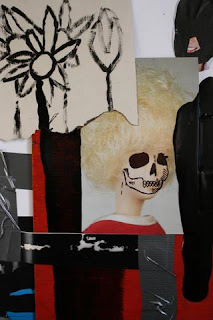 (Above image: "My Mother by Chloe Mortimer 2012)
The Rebel: What is the best place to go for a drink in Brighton and what is your favourite tipple?
Chloe: "I like the Prince Albert in Trafalgar Street. If you're paying I'd like a large glass of house white."
The Rebel: Can you name five artworks that inspire or excite you?
Chloe: "Yes...
1/ Allen Jones. The Life Class series.
2/ Dash Snow. I love his collage work, so raw and brutal. Just like he was.
3/ Roger Hilton, the 'drunk in bed' gouaches from the 1970's.
4/ Pretty much anything by Rebecca Warren.
5/ Joe Minter, amazing outsider artist.
The Rebel: Do you like the name Chloe? Were you named after anyone?
Chloe "I've grown to like it." 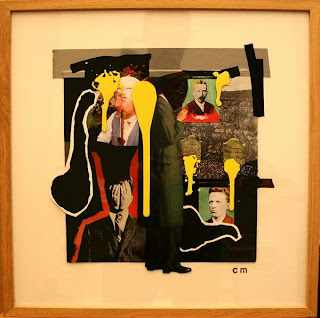 (above image: "Van Gogh's Cock" 2010)
The Rebel: Were you entirely self taught? Would you like to go to college one day?
Chloe: "I am self taught, however I had an uncle who used to buy me art books from charity shops."
The Rebel: What magazines do you read?
"Chloe: "Lots. I like New Scientist, The Wire, National Geographic (anything with animals in) and I like to steal crappy gossip magazines from doctors / dentists waiting rooms. I alter them and then put them back a few days later, always fun."
The Rebel: Are you a fan of old music legends like Tina Turner or Bryan Ferry (who both appear in your work) or do you just like them visually?
Chloe: "I really like Bryan Ferry, he is really sexy in an 'older man' sort of way. Tina is just funny, she is such a bundle of energy. Did you know her real name is Anna Bullock, and she is now a right old Buddhist." 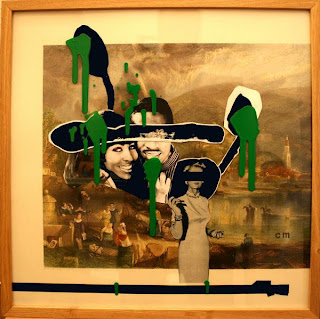 The Rebel: Have you read Way Of Seeing? Are you interested in art theory?
Chloe: "No I've not read that one, have you? I'm not interested in art theory, I'm more interested in science, psychology, and looking on Ebay. Life is too short for John Berger."
The Rebel: What makes you angry?
Chloe: "A lot of things, Shoreditch, private views, Coldplay"
The Rebel: Do you make work with an audience in mind?
Chloe: "No, I don't go to my own private views. I make the work for myself, I enjoy the build up, the foreplay and then the act. It is very liberating, like sex. If others like what I do, then that is great."
The Rebel: Do you have a favourite of photo of you from your childhood?
Chloe: "Yes, there is one of me dressed as Madonna and taken in my bedroom."
The Rebel: Which part of our face or body are you most proud of?
Chloe: "What a weird question? I guess I like my eyes and legs best."
The Rebel: Do you have a favourite quote?
Chloe: "I stand up to them and confront while you choose to be a C*nt." 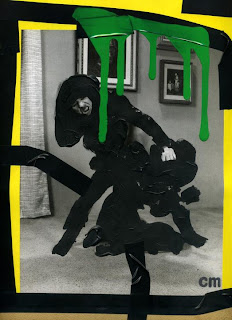