Q & A with Zia Fukyana 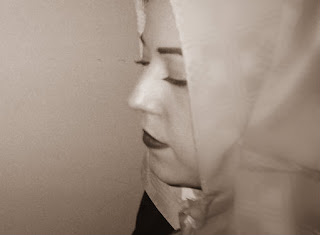 The Rebel: I notice animals feature a lot in your work. Are you more of a cat person than a dog person?
Zia: "I like dogs but I love cats. I have an embarrassing amount of cat books and DVDs of nature programs that feature cats in my room. I never tire of watching documentaries or hearing stories about big cats. Last night I re-watched a show about the noisy courtships between leopards. Female leopards are only receptive for a few days a year so the courtship begins with the female calling loudly. Her signal attracts several males who then fight it out. Some fights end in death. The winner is often scratched a lot by the female too. It's only when she is really sure that she stops fighting and accepts his advances. When this happens he begins doing an awful lot of biting. Maybe it's his revenge? One of my few ambitions in life is to own an Abyssinian cat. The big problem is they need a home with lots and lots of space - which is something I don't have. These cats are a direct descendant of the sacred ancient Eqyptian cats and they have the same shaped ears. I guess what I love about cats is what everyone else does: the paradox that they are domesticated and yet retain a touch of the wild." 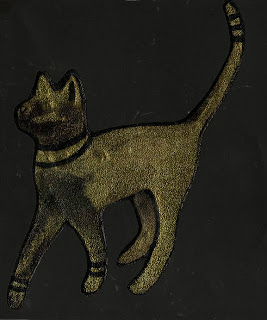 The Rebel: Is Zia Fukyana the name you were born with?
Zia: "Well Harry, you've known me a while and I believe you already know the answer to that particular question. I was born in London in 1989. The work I make is to do with untold histories, my DNA, and my family that resides in other countries. I can tell you that the original meaning of the name Zia is splendor or light. I hope my work sheds the light on certain things. I am here to make the best art I can and that's all that counts. I don't think it matters if my parents did or didn't actually name me Zia or not. Do you?"
Have you decided what work you're putting in The Other Other Art Fair?
"I've made several new pieces. I tend to get too close to my own work. I have a friend who helps me decide. Recently I've been making work based on an Egyptian sculpture I saw in the British Museum. Last year I went to lots of private views and art events but saw nothing that stayed with me after I'd gone. When I go to places like the V & A or The British Museum it's a different story. I'm really into a sculpture of King Amenhotep III (1390-1352 BC). The Egyptians were into recycling and royal statues in Egypt were sometimes taken over by later rulers. The normal procedure was simply to re-carve their name over the old one, but in some cases the physical features were also altered. In this statue the lips have been changed and made to look thinner. There's something in the look of his eyes and his smile that really disturbs me - in a good way - and it's inspired lots of drawings and paintings."
Posted by The Rebel Magazine at 13:58