Q & A with Spencer Cobrin 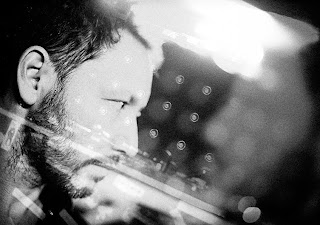 Spencer was Morrissey's drummer from 1991 till 1998 and took part in the legendary tours for albums such as Your Arsenal and Kill Uncle. He co-wrote Wide To Recieve which featured on the recently re-released Maladjusted album. Spencer has composed scores to independent films such as the award winning My Child: Mothers of War. And he has also collaborated with Australian singer/lyricist Scott Matthew in a project called Eva Snow.
The Rebel: What are you up to these days? How do you pay the rent?
Spencer: “I'm still involved in the music business and wear several hats. I do A&R signing artists to a music agency in Brooklyn, NY and continue to compose music for commercial and art projects. Also some scoring the most recent being 'Roger's Number' a short film starring Krista Ayne (Penthouse). Last winter Scott Matthew (my old partner in crime) and I went on an acoustic tour of Europe to promote the re-release of the Elva Snow album on Glitterhouse Records. It was interesting going on the road again after all these years, quite enjoyable even with the flu.” 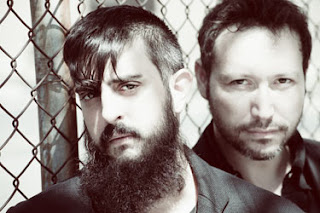 
Are there any new bands or performers around that you rate and want to big up?
“Sure, I love Sleigh Bells, Scary Mansion, Banquets, Flotation Toy Warning, Vyvienne Long, Lux Lisbon.”

When did you start playing drums? Who were your musical heroes?
"I started when I was 18 banging around in my parents garage playing along to the Stray Cats. Later on the sound of the Jazz Messengers really caught my ear and I became fascinated with jazz drummers such as Art Blakey, Buddy Rich, Papa Jo Jones, Philly Joe Jones and sax players such as Ben Webster, but I don't play jazz just pop/rock."

When you recorded with Morrissey you worked with various big name producers. “Who did you most enjoy working with / who had the best ideas?
"I worked with Mick Ronson and Steve Lillywhite. Mick was a very sweet, quiet, humble guy. This was the first time in the studio for me, I was a total virgin, nervous but excited. He was patient with me, probably one of the best attributes for a being a music producer. Steve is an incredibly affable guy, always cheerful and a great listener. He can mold a session in a way that you wouldn't know that it was actually happening, almost like sleight of hand.” 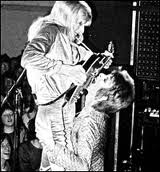 What did it feel like when you co-wrote a song with Morrissey? Were you nervous/proud/excited?
“I was incredibly excited. I came to writing through a process of self discovery in my twenties. With all the tension that was growing from being on the road I felt like I needed to explore and get away from music funnily enough. I had a go at acting which was a dreadful experience. All this then led me back to music and for some reason I started to listen to classical composers, the one that turned me on to writing was Tchaikovsky. Very meekly I began to toy around with a piano and eventually that led to writing instrumental tracks. I started to put my puny ideas under the nose of Morrissey and for months nothing. I kept at it and one day he picked a track of mine which became 'Wide to Receive' on Maladjusted. I was over the moon. 'Lost' and 'Now I Am A Was' followed but sadly we fell out and that was then end of that.”

Can you remember playing the Hollywood Bowl - was that a highlight? Which other live shows stick in your head?
“I remember being on stage at the Bowl, it was quite daunting and of course very exciting. The LA Forum, major stage invasion, seeing a tsunami of people heading towards the stage, sticks down and legging it to the dressing room and lock ourselves in, outside there was a riot, again very exciting as you can imagine. But the highlight would have to be the very first show at the Bull Ring in Dublin. It was the proverbial second coming, it was just atomic, atomic, atomic.” 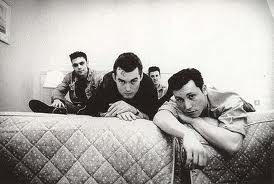 (Above: This photo taken from Linder's book Morrisey Shot was taken in Dallas 1991)

Are you a fan of Morrissey's art pal Linder? She has her work displayed at Tate Britain now and seems to be doing pretty well.
“I was back in London several years ago when I came across her work in a bookstore, the forward was written by Morrissey, it was fascinating reading. I love her montages which come from the punk or post punk era. Time has really done justice to her and her work.” 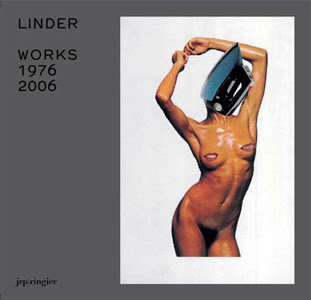 Did you watch the TV show "The Importance of Being Morrissey"? If so do you feel it captured what the guy is all about?
“I didn't see it.”

Did you have issues or feel uncomfortable with any of the infamous lyrics that mentioned young Asian shopkeepers "shelving their plans" or National Front Disco?
“The initial reaction I had was that of mild concern. I remember being around the stench of racism in the eighties, it was ugly and not a nice feeling. I tentatively approached Morrissey about the song but I can't remember exactly what was discussed as it was quite some time ago but it was enough to arrest any fears I had at the time. Later on of course was another matter, it took me a long time to forgive him.”

Are you still in touch with Boz and the other boys in the band? Do you know what they're up to now?
“I have not been in touch with them since Morrissey and I fell out 12 years ago. I believe that his words to them were that they were not to contact me whatsoever.”

When was the last time you sat behind a drum kit?
“Actually that was a couple of weeks ago, putting some tracks down in a writing session, but it's rare for me to play these days.”

What do you miss about London?
“I've been thinking about London lately as I don't get out there much at all these days but I miss the streets, going to old pubs, tooling around Hampstead Heath, then more pub grub!”

What ambitions do you have left?
“Ha, simple. Just to be happy and peaceful.” 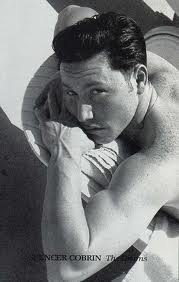 What are your plans for the rest of the day?
“Going to open a bottle of vino and cook dinner for my girlfriend.”
Posted by The Rebel Magazine at 09:53