Q & A with Tom Pounder 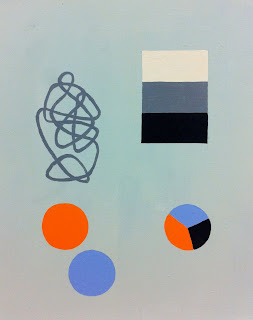 The Rebel: What is the Tom Pounder story? When and where were you born and what have you been doing with your life?
Tom: "I was born in 1978 in Lambeth. I did a Fine Art degree a decade ago but completely lost faith in the mechanics of contemporary art. I was baffled by the lack of parameters and when I was a student it was hard to work out if I was actually learning anything - at least I wasn't paying tuition fees back then! I've been working as a graphic designer since so I guess I kept using my eyes, looking at colours and composition and images and so on, and I've always kept a website (www.jumbointernational.org) as well as self-publishing some books. A couple of years ago I decided I didn't need to worry about 'defining my practice' and just started painting. In particular I wanted to get away from the computer screen."

What do you think of Leonard Cohen's lyrics for the song Suzanne? Are you a bit like Leonard, do you tend to fall for women who you know are a bit barmy?
"I like Leonard Cohen, but I rarely to listen to his lyrics. Actually that's true for all music. Barmy like Timmy Mallett? I don't like barmy people in general." 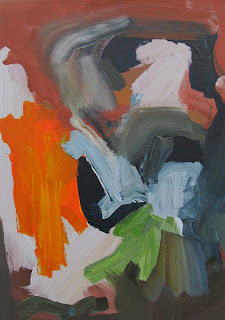 (Above: "Gulf War I" by Tom Pounder)
How sincere are your paintings named after the Gulf wars and Mozambique? Are you a very sincere person?
"I think we're all striving to find meaning in some way or another and maybe it's harder these days for an artist to be earnest or totally sincere, I don't know. I like to think of myself as a serious artist but I like jokes too. As for the paintings you're referring to, I wanted to approach very real and important subjects through abstraction: 'Gulf War I' was in fact my first ever abstract painting. I wanted to see if I could establish on the canvas the smallest ounce of grativas of the chosen topics, almost out of nothing. I find it quite interesting that there's not an expert available on the planet who can tell me categorically if I was successful or not. Also I actually went to Mozambique and then painted the picture a week later, so really no one can challenge my authority on that subject. However, I have never been to Ukraine. Either way I like the results." 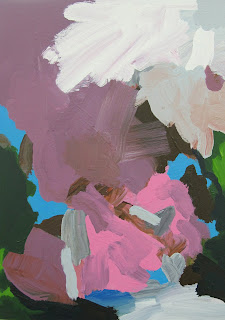 Are there any artists that you're a bit jealous of and are there any famous artists you'd like to be great mates with?
"I guess I'm jealous of artists that have had consistently great and evolving careers that have also rewarded them financially. So someone like Gerhard Richter might be an example. The achievements of The Beatles never cease to astonish me and I wish I could have been there to witness some of that, maybe as like a cerebral figure on the scene like Barry Miles at Indica. Also George Harrison was 27 when they split up. 27! As for imaginary friends I recently saw a documentary about the composer Philip Glass and thought there's a great example of a man and an artist. He seemed like one of the good guys." 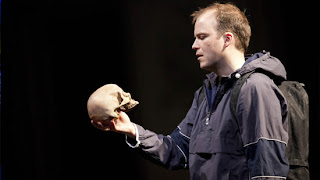 (Above: Tom's ex flatmate Rory)
I went to your house once and was surprised how many Roy Kinnear videos you had knocking around. Are you still friends with Rory Kinnear and have you been keeping an eye on his work?
"I'm basically a philistine when it comes to theatre but it so happens that my best friend since I was 3 is the finest stage actor of a generation. I cried when I saw Hamlet, not because of the performance - that would make me an insufferable cunt - but because he's my friend and I was proud. He's very talented but I want him to do movies so I can be in his entourage. I don't live with him anymore though - he left me for a woman."


Can you tell me about how long it takes to make your work? Talk me through how 'Balenciaga Bullseye Liquidity Annuciation' came about?
"I think the visual ideas emerge from my subconscious from a typical mix of art history, news stories, Wikipedia articles and high and low cultural experiences. 'Balenciaga Bullseye Liquidity Annuciation' followed an excellent fortnight in my life when I was lucky enough to visit the city of Florence and Disneyland Paris in quick succession. So I've tried to capture the contradiction but also the plain unadulterated joy of those experiences. The planning and execution of a painting is never usually longer than a couple of days. I title them afterwards but there's always themes and phrases floating around that probably affected the first stage anyway."

Are there any exhibitions or art books you've been blown away by this year?
"Visiting San Marco in Florence was extraordinary. I ordered the catalogue for the MoMA show Matisse: Radical Invention and this looks like it was remarkable." 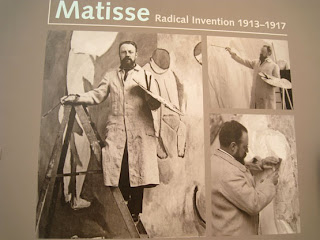 (Above: Publicity for the 2010 Matisse at Moma show)

What are your views on Mark E. Smith? Does he still have a few good albums left in him? Did his lyrics inspire you at all?
"I like The Fall a lot but like I say I don't pay much attention to the words I just like the tunes (although The Classical makes me laugh). It's funny I have this nightmare scenario in my head where I have to hold myself accountable to Mark E Smith because I think of him as the model artist with integrity. Maybe like the MES Show Trials for Crimes Against Culture. I'd probably nervously tell him about the time I compiled a playlist called '10 Fall Bangers It's OK To Play In A 21st Century Advertising Agency' before he told me to fuck off."


How much are your artworks worth? Have you sold any yet?
"I sold a print of 'Boob Infinity' to a lawyer once for £120 but since then I keep giving my pictures away to friends. I need to find my market." 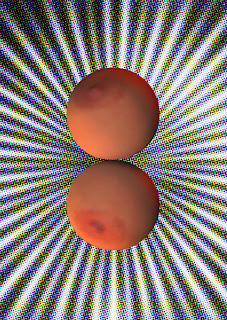 What's your studio like? Do you share?
"I've got a partitioned studio in a shared space, so it's my own but not entirely private. Really I'd like to play music loud and smoke but I can't do either. Ashley Bickerton described his house in Bali as 'a purposefully built total environment [that] can lead to complete solipsistic immersion' - this is the dream I think most artists pursue."

Do you tend to make your work when you're down?
"I find it hard to make anything unless I'm somewhere near upbeat. If I'm down I'd rather stay in bed or just watch tv."

What aspects of your life are you currently most pleased about?
"I'm really pleased to be healthy and living in an interesting part of a great city. The food available in supermarkets is a constant source of wonder. Flat screen TVs also blow me away and Google Image Search."

www.jumbointernational.org
Posted by The Rebel Magazine at 00:27