Q & A with Edward Ward 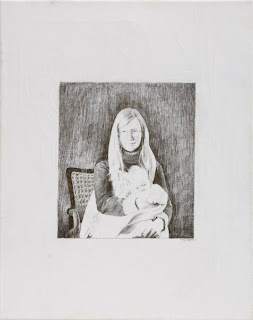 (Above: Pencil on canvas drawing of the artist's mother by Edward Ward.)

The Rebel: I understand you won a prize for your drawing at school. Can you remember feeling proud about this moment?

Edward Ward: “I think I won a prize for drawing at school. I was 5 or 6 so I'm not entirely sure anymore. I remember being allowed to draw this picture while the other children did boring normal stuff so maybe I was selected by my teacher (Mrs Graves) to represent the tinies of Winterton Primary School. I don't really know. What I can tell you for definite is that my drawing, which was in full glorious colour, was shown in Great Yarmouth gallery (attached to the reference library) where anyone who so wished could view it. There is a photo of my Auntie Joan looking at it so I know I didn't dream it. The bit I found incredible, sort-of magical, was the public nature of the whole thing. My picture was taken out of the realm of the home or school and anyone could see it. I was very very proud. I was taken to see it and there it was up on the wall and it seemed somehow different, like I hadn't done it (despite the word TEDDY scrawled in the corner), it wasn't exactly mine anymore and I really liked that though I couldn't understand what was going on. The picture was of a train coming out of a tunnel and was pretty damned hot if I do say so myself. It was coloured chalks on black paper, a medium I have never returned to for some reason.” 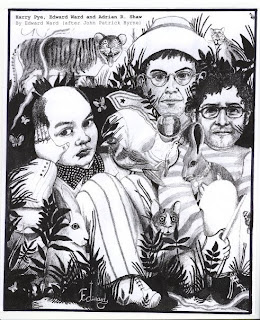 Who were the first artists, cartoonists and illustrators that impressed or inspired you?

“The first illustrator I knew by name was William Heath Robinson and he remains my favourite book illustrator. He is famous for his crazy contraptions that I loved when I was small but his 'serious' work is stunning - a strangely homely, British kind of quality coupled to genuinely radical composition (he was a lover of Japanese art). They don't look exactly like anything before or since yet seem perfectly familiar at the same time. Plus lots of them are really funny. In terms of 'proper' art my favourite artist is Holbein. I am fascinated by those portraits of people from hundreds of years ago where you can quite imagine, if it weren't for the ridiculous haircut and crazy clothing, actually seeing this person walking down the street. Indeed I once went out with a woman who was the spitting image of Robert Campin's Portrait of a Lady (in the National Gallery) only without the wimple. Holbein's drawing of Thomas More looks just like the actor David Warner. I think that's brilliant.” 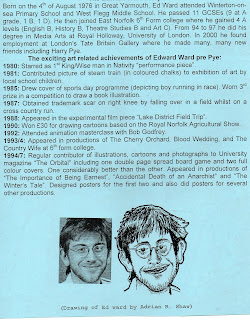 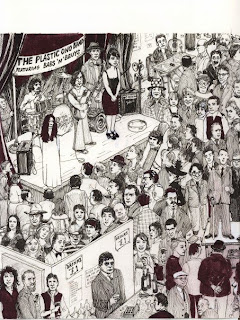 Did you have much art in your house and did your parents take you to see art exhibitions?

“Not much art in the house no. There was a sentimental print of a First World War soldier cradling the head of a dying horse though all around is battle and carnage entitled 'Goodbye, Old Man' which disturbed me greatly. Oddly though my father was (and is) an artist there was very little art mentioned or seen. Maybe he was bored with it. Same with exhibitions, I didn't really get to go to anything till I was relatively old. To be fair I did grow up in rural Norfolk so there wasn't really anything to go and see. Eventually I was taken to look at the Pre-Raphaelites when I was 11 or 12 in Birmingham City art gallery and I was amazed. I think that's the perfect age to see Victorian painting, you can admire the skill and be amazed by the scale but you don't notice the cloying sentimentality and mawkish allegories.” 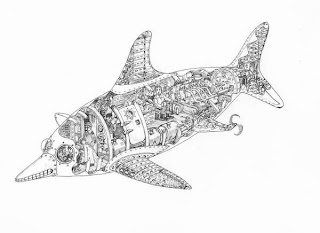 Are you happier drawing people or places and things?

“Probably things. I like drawing everything but things are best. They don't move and they have a definite physical edge. You know when to stop drawing a thing.” 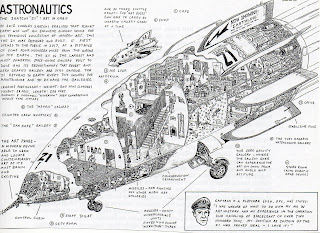 What are your feelings about The Turner Prize - how many turner prize nominated artists from the last ten years have you rated?
“I seem to take ever lesser interest in the Turner Prize. I suppose I am getting older and turning into the kind of person I despised who got cross when I offered them a ticket for the Turner Prize when I was employed selling tickets for the Turner Prize.”
I enjoyed the 2000 prize. Tillmans won and I've always had a lot of time for him. I liked Michael Raedecker and Glenn Brown as well. Less keen on Tomoko Takahashi, but that was just a taste issue I think. I was glad when Mark Wallinger won it but I'm not sure he needed it as such. I thought this year's was a little uninspiring. I think it's funny that Nicholas Serota was himself nominated for it. Gilbert and George won it that year but ultimately who was the real winner? Well, Gilbert and George.
When Simon Starling won someone thought I was him and started talking to me about "my" work. As this is the closest I shall ever come to actually winning it I suppose I should rate him/me too.
My general dislike of the Stuckists has remained constant though. Their proscriptive attitude to the Turner Prize over the years reminds me of the Nazi approach to "degenerate" art. Whilst I'm not suggesting that they are Nazis, their bizarre idea that only figurative painting qualifies as art is frankly offensive to the son of a printmaker. Doesn't help that their paintings are so bloody awful either. Generally I prefer paintings to most other forms of art but when someone starts saying one art form is better than another then the alarm bells start ringing. It distracts from other, more valid criticisms of the Turner Prize (which is in no way perfect) and is ultimately self-defeating. I suppose it's not so much what they say, more the manner in which they say it... 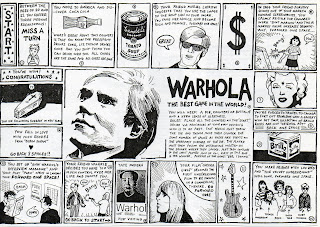 How ambitious are you?
“I am not very ambitious. It requires effort and I am lazy.” 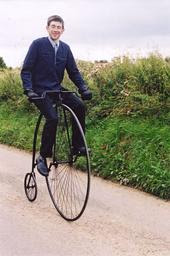 (Above: A photo of Edward Ward on a bike taken many years ago.)

Are there any things about women that you're attracted to that other men aren't (e.g moles, scars, missing fingers, dribbling)
“Good question. Not sure. I like necks but I doubt if that's just me. I've always thought that glasses improve most people's looks (unless they're awful glasses) but again I doubt if that's particularly unique to me. Besides I think it applies equally to both sexes. Maybe that's derived from the fact that I wear glasses all the time and I'm a dreadful narcissist. I think big noses are attractive too." 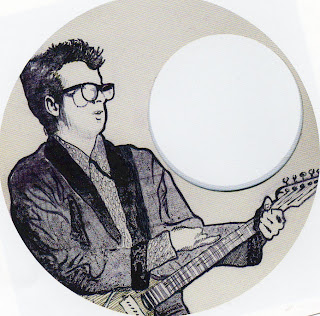 What are your favourite bands and singers?
“My favourite bands and singers eh? I am very keen on Bill Callahan. I like the band Midlake. He isn't a band or a singer but the work of John Fahey always makes me happy. It's weird though - Generally I can never remember who I like. A problem when walking into record shops. Dirty Three are good, they're Australian and I was introduced to them by my wife. Which was nice of her. I used to be mad for Tindersticks. I still rate them but never seem to actually listen to them anymore. Hmmm.” 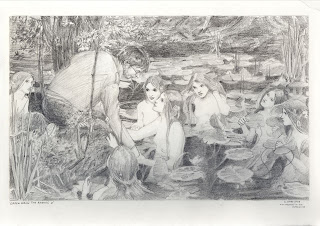 “I have yet to hear Adam Dant sing and Adam Ant keeps his drawings under lock and key. Over the years I suppose I have gained more pleasure from Adam Ant but this is only because he has always been around whereas I have been aware of the drawings of Adam Dant for only a short time. I'd say Adam Dant's drawings have given me more pleasure over the last three to five years but over the preceding thirty I'm afraid Adam Ant wins out with his catchy tunes.”

What are your top 5 best drawings so far?
“Well the train coming out of the tunnel was obviously my first Great Work. I was very pleased with that spaceship art gallery I drew for you Harry, that was by far the most complicated thing I had yet attempted and it scared me but then turned out pretty good (though the spike on the front is drooping slightly). I did this picture of my Dad on a motorcycle for an exhibition that magically combined a picture of a person AND a thing so that was good. There's that drawing of my Mum that I did for the Mothers show. I was pleased with that because allegedly it made someone cry, though whether this was due to its being offensive to the eye or starkly moving I neither know nor care to find out. One of the cartoons I did featuring the Amazing Mr Smashing has, by far, the best bum I've ever drawn in it so that is probably in there. Although I did do a birthday card with a robot kitten on it of which I am perhaps too proud. That's six really which is cheating. Leave the bum one out.”
Posted by The Rebel Magazine at 00:41