Q & A with Nicole Willis 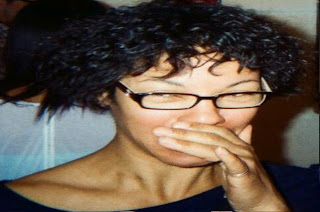 Nicole Willis is a Finland based American singer/songwriter and painter. She graduated from Lahti Institute of Fine Arts in Lahti with professor Markus Heikkerö, Finland and Erasmus studies at Sir John Cass Department of Art at the London Metropolitan University in London, United Kingdom, in 2009. Willis' concentration in her studies were oil painting, time-based media and performance. Willis collaborated with artist Sophie Calle for her installation Take Care Of Yourself with a performance in time-based media in 2007, which exhibited at the French Pavillion of the Venice Biennale in 2007.
The Rebel: Here are two portraits of the late jazz singer George Melly. Which painting would you rather own or which painting do you connect with: Hambling or Griffiths? 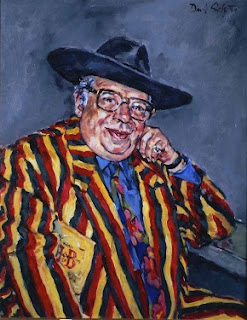 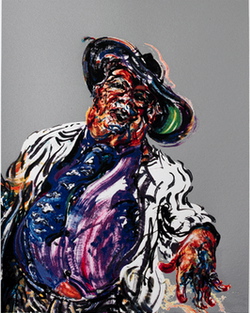 Nicole: “As much as I appreciate the expressiveness of the Hambling painting I have to go with the Griffiths as the one I would rather own. They both capture the spirit of the person but the Griffiths one just shines with positivity. I think it's also simple enough as well which makes it something that entertains and doesn't get played out.”
Yesterday a friend of mine went to see the Turner Prize at Tate Britain. He said he didn't like any of the work that  the four nominees at all. On his way out of the gallery he saw a painting by Stanley Spencer (from the permanent collection) which he loved. Have you ever had that feeling where you go to a gallery and see work by contemporary artists and think: "I hate all this"?
“I try to avoid using the word hate but yes, sometimes I think I get tired of seeing work that is technically well done yet seems void of individuality from the artists.  It just seems like academic crowd pleasing. As for Spencer, he seems both technical and has his own clear voice.”
Stanley Spencer said that when he was painting portraits of his lover he wanted to be like an ant crawling round every line of her sagging body. Do you have similar strange thoughts about people when you're painting their portrait?
“I have found myself looking at the colours in people's faces and getting a bit caught up in it. Youth isn't that interesting to me, so I can relate to Spencer's analogy.” 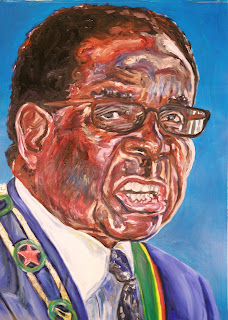 (Above: Recent painting of Robert Mugabie by Nicole Willis. Oil on A3 paper)
Do you tend to work from photos? Do you ever do life drawing?
“I like to use found photos because they document a public moment for these very public people. I really like figurative work so I could get into the model experience soon. I'll have a nice spacious new studio soon with enough room for this kind of thing.”
What is the art scene in Finland like?
“There's a lot of well executed works, not enough humour. Abstract reigns in Finland, it looks good in banks. I'd love to see more expressive strokes in figurative works. More expression in general”
Do you miss London and are you planning to come back?
“I always make it back to London for one reason or another. Usually gigs. I miss my friends there, the cosmo, all access vibe but I'm happy that I live in Helsinki. There's probably as many people living in Shoreditch as there are in the whole of Finland, I don't mind the physical space at all.”
Who were your musical and who were your art heroes?
“Screaming Jay Hawkins, Fela Kuti, Sonic Youth, Ian Svenonius, Dionne Warwick, Lulu, Martin Kippenberger, Willem de Kooning, Jean-Michel Basquiat, Cheri Samba, James Rosenquist.”.
I read you sang with The The who were a band that great record sleeves and lots of artistic ideas for videos and projects. Their songs tended to be either angry or sad though. Were you happy when you hung out with Matt Johnson & co?
“I was a bit odd when I hung out with them. Young and transitional, sometimes happy, sometimes depressed. I actually got fired. But no hard feelings now. I wasn't always "professional".”
Are you quite driven? Do you have a 5 year plan?
“I have been thinking about some stuff I'd like to do, but I don't set timetables. Maybe I should.”
Does it ever get quite intense when you paint? Do you ever focus so hard on what you're doing that you're lost in the painting?
“I think that is what you want, to get lost. But it doesn't have to be some kind of manic thing. When you are a parent your time is limited and concentration such as you describe is kind of a luxury. You steal your moments.” 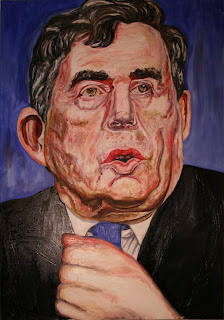 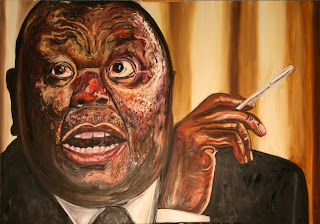 Why are you painting dodgy world leaders? Is it because you're attracted to powerful men?

“Because they're dodgy, attractive repulsive, omnipotent, impotent. Don't worry, some ladies are joining the bunch.”
Many artists who paint in oils look down their noses at artists who use acrylics. For example Maggie Hambling says acrylic is just horrible, fake and plastic. Why do you use oil paints and do you have issues with acrylics?
“I'm almost phobic of acrylics. I can't understand why you would want anything to dry so quickly but just like I try not to hate, I try not to look down my nose. Besides I love artists like Cheri Samba who work with acrylics, so to each his own. My own happens to be oil for texture. I don't want my work to be free of visible brush strokes, I like almost a relief.”

Posted by The Rebel Magazine at 12:12