Q & A with Horace Panter 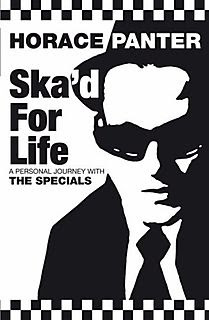 Horace Panter is the bass player with THE SPECIALS. He is also an artist. You can find out about the work he does by clicking here:
www.horacepanterart.com

The Rebel: Did you have much art in the house you grew up in? Were there art books on the shelf and were you taken to museums?
Horace Panter: “My Uncle Raymond was an artist and several of his paintings and drawings were displayed at home. I never met him as he was killed during the Normandy landings in July 1944. We had a portfolio of his work that I used to look at when I was younger and own today. I think his work influenced me a lot. I’m going to visit his grave in France this year.”

What was the first painting or sculpture that you remember being interested in?
“Probably something by Barnett Newman or Mark Rothko. I mean, they didn’t look like anything ... but they were great, for reasons my 15-year-old self couldn’t figure out.” 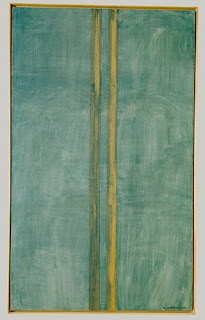 (Above:"Concord" by Barnett Newman, 1949 Oil paint and masking tape on canvas.)
What do you remember about your student days? Were you broke, was there much sex and drugs and rock and roll going on?
“I spent the first year and a half at art college not having the faintest idea what I was doing. My foundation year was very structured and the degree course I did wasn’t. If someone had said ‘Right, I want you to be an artist’ I would have got on with it. I was always waiting for someone to tell me what to do! I finally twigged. I did learn to play a bass guitar, which served me very well.”

Did you ever have a painful tutorial or group crit? Were you ever left feeling ripped apart by someone’s harsh comments on your early artworks?
“No. I learnt more by visiting my tutor’s studio in London and seeing how a ‘real’ artist did stuff. No-one ever said my work was rubbish; they just left me alone really.”

When did your interest in Henri Rousseau begin? Did you see the big Tate Modern show 4 years ago?
“Rousseau was one of the artists I used to generate work when I was an art teacher. I love the fact that he painted all those jungles despite the fact he never left Paris. I saw an exhibition of outsider art a few years ago. Rousseau was the first ‘outsider’. He was feted by Picasso and Matisse. Perhaps they just took the piss out of him.”

Do you think Peter Blake is underrated? (When I read interviews with him I get the feeling that he does).
“No I don’t think Peter Blake is underrated. I don’t think he’s overrated either. He hasn’t got the kudos of David Hockney, but there again, Hockney never designed the cover to ‘Sergeant Pepper’s Lonely Hearts Club Band’! I met him (Peter Blake, not Sergeant Pepper) at a Paul McCartney gig a couple of years ago and thought he was a lovely bloke.” 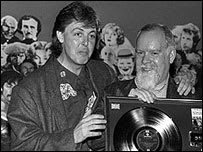 So many great British bands like The Kinks, The Who, The Beatles etc went to art school. Was that part of the reason you went? Did you think it would be a good place to meet interesting characters?
“To get into a pop group, you went to Art School. This was an accepted fact of the 60’s and 70’s. I was at Northampton the same year as Bill Drummond (KLF) and at Coventry the same time as Jerry Dammers. See ... it worked”

Roddy Byers and Jerry Dammers have both said in interviews that they thought the success of The Specials was a fluke and that they had expected it to be more of an underground thing or something that would stay in Coventry etc. Can you remember thinking about getting a proper job and were your parents concerned about you when you left college?
“I’m sure my parents were concerned about me. I remember telling them I wanted to be a professional musician and my father slamming out of the room, slamming doors. ‘All that bloody money wasted’ etc., etc. He changed his tune when I was able to tell him that John Peel was playing ‘Gangsters’. When I left college I got a job on the back door of Sainsburys, unloading lorries. When The Specials were starting up, I was driving a frozen food van.”

Musicians such as Ronnie Wood, Bob Dylan and Captain Beefheart were all involved in making great records – have any of them made any great art works?
“Ain’t no way I’m going to bad mouth Bobby D. or Ronny W. They might want me to play on their next record! Holly Johnson does good stuff, as does John Squire (ex-Stone Roses guitar player). I like Paul Simenon’s work too.” 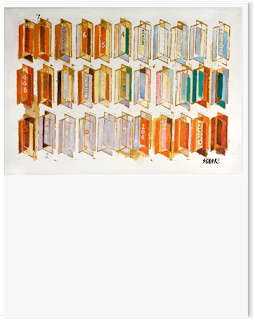 (Above: "Neferitti" A print by John Squire which is available to buy from his website: www.johnsquire.com)

In the recent School of Saatchi TV series it was revealed that none of the young graduates from art school had done any life drawing. Do you think it’s important to learn to draw from the model? Could you ever be a model yourself?
“I did life-drawing at Northampton; made me the man I am today, harumph! harumph! I suppose it depends on what sort of work you end up doing doesn’t it!”

Francis Bacon famously painted late at night after he’d had a few drinks. Peter Doig meanwhile likes to paint on a calm Sunday morning. When are you most likely to be in the mood for painting?
“I’m a Peter Doig kind of guy. I like to paint in the day time (natural light) and draw in the evening. I can’t paint or play when I’m pissed. Well, I can, but the results are always far from pleasing.”

Can you describe your studio / do you have music playing in the background etc?
“I work in an attic room, below a Velux window on a couple of tables I bought from Ikea. There’s a Bose i-pod dock on the table that belongs to my son ... I rarely play it. 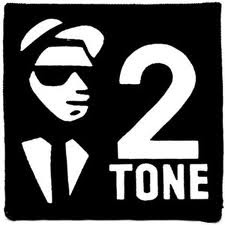 (ABOVE: 2-Tone logo designed by Dammers & Panter)
Recently I saw a guy with a 2-Tone t-shirt. I asked him where he got it and he said a shop in Brighton were selling them for a fiver. On hearing this news do you think a) “Grrr. I designed that so I should get a cut” or b) “It’s brilliant that something I designed 3 decades ago is still being enjoyed by people”
“I still get royalties so I can’t complain. We never copyrighted the 2-tone design; too idealistic I suppose.”

Why did you start painting robots? Do you feel robots are misunderstood?
“Robots are very interesting. In Japan, they are perceived as being benevolent, helping to stamp out evil and destroying monsters, whereas, in America, robots are evil. I find it interesting the way we put morphological characteristics on machines to make them acceptable. The lines between machine and human behaviour are becoming blurred. The Japanese have invented robots that look exactly like humans, for the purposes of ... sex! They also have ones that don’t look like humans to carry out more mundane tasks, such as taking care of the elderly!! However, there is the question ‘are we all cyborgs now?’ ... constantly connected.”

(Note: There is an excellent Robot greeting card available from Horace's website:http://www.horacepanterart.com/shop/greeting-card---robot-collection )
I love the record sleeves of Specials, More Specials and In The Studio. Out of all the sleeves The Specials had on their records do you have a favourite?
“The second Specials record is probably my favourite sleeve, but my least favourite music.” 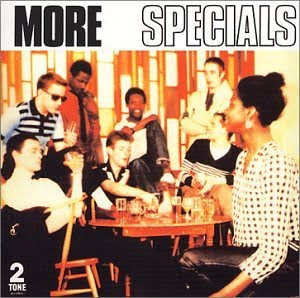 (If you want to see all the covers of the Specials singles and find out who did what etc visit this site here: http://2-tone.info/)
What is art for?
“Personally, I like practical art. Icons. Propaganda posters. Voodoo imagery. Symbolism. I’m quite into pretty colours too. Nietzsche said “Life without Music would be a mistake”. I say “Life without Art would be a mistake”.” 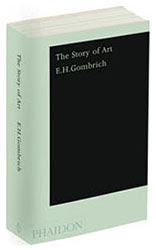 The Story of Art by Gombrich has no mention of female artists. What say you?
“Gombrich’s ‘The Story of Art’ was first published in 1950, which was a bit early for Frida Kahlo, Georgia O’Keefe or Bridget Riley. I like Tracey Emin. Don’t think I like her work much but she’s great!!”

If, instead of money, you were paid in paintings for the Anniversary tour, which masterpieces would you now have on your wall? (or which famous paintings would you most like to own)?
“I would like Rothko’s ‘Houston Chapel’ in my back garden please.”
(http://www.rothkochapel.org/)

Which of your paintings are you most proud of?
“Red Robot Hero Serves the People Tirelessly’ ... I’ve never written Chinese before!”
What’s the best exhibition you’ve seen recently / which contemporary artists do you admire?
“I was lucky enough to see a Joseph Cornell exhibition in New York a few years ago, which made a very strong impression on me. I recently bought a book called ‘Flowers for Kim-Il Sung’, which was an exhibition in Vienna of North Korean Art. I’d recently read ‘Nothing to Envy’ by Barbara Demick, which is about North Korea, and the pictures in the exhibition had the effect of turning my stomach but in a way that Jeff Koons can only dream of. I’m really into Chinese propaganda posters at present. I like Takashi Murikami’s stuff. He has the Warhol/factory/business thing down. Nice colours too!” 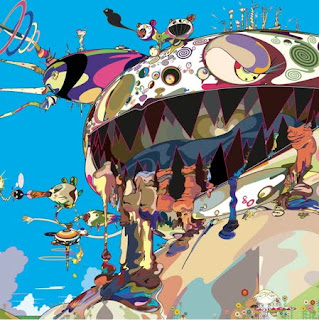 (Above image by Takashi Murikami)
Posted by The Rebel Magazine at 14:36