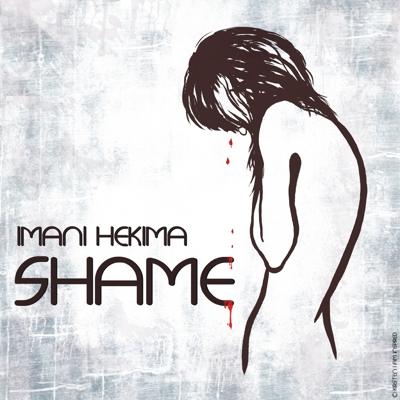 1) John Lennon said "Genius = pain" Was he just being silly or do you buy the idea that all great music is somehow connected to suffering?
He had a good point; I’d say it was 50% true.  Lots of great music has emerged from people dealing with life challenges and struggles.  If things are TOO easy, you don’t strive as hard and it reflects in your music.  Genius also comes out of the joy of life too, not only tragedy and oppression, so we have to be careful with equating genius with suffering.  We don’t want to give tyrants and dictatorships any more ‘excuses.
2) As a child were you seen as or described as being the musician of the family and was it always said that music was going to be your thing?
I wasn’t.  I have two older brothers, Roger and Stu, and they both got musical instruments before me; we were all equally driven by music.  I’d say that I knew when I was 15 years old that I wanted to do music seriously.
3) Do you feel you own a song if you've downloaded it or do you prefer to have a physical thing like a CD or record?
I definitely prefer to have a physical copy, even though I’ve released my first single ‘Shame’ as a download.  Many people are now quite comfortable with downloading music.
4) If you died tomorrow and went to heaven. If St Peter asked you if you'd spent your time on earth wisely, which track would you play him? And what would you want to be judged on?
I’d play him Gangsters by The Specials.  The song and the band changed my life.  I’d want to be judged on if I was true to myself or if I conformed to other people (who weren’t being true to themselves!)
5) You've supported a few real musical legends like Lee Scratch Perry. Tell me some happy stories about meeting people/seeing them play live etc
As a member of Spectre (the first band I was in), in 1984 we supported Scratch at the Sheffield Leadmill.  He did a great show.  We saw him briefly afterwards and exchanged pleasantries, I don’t know if he’d heard our set.  My favourite memory is supporting Aswad in in 1984. They had just released the brilliant ‘Live and Direct’ album and were on the cusp of mainstream success.  This is before they became more poppy.  No band before or since has ever played dub live as well as Aswad did; it was like hearing a Scientist remix but with live instruments.  We met them afterwards, they were really nice people.  Some of the band had heard our set.  We played the board tape of our set to them in the dressing room (cheeky chancers that we were) and I remember Brinsley singing along to something and Drummie being very impressed by our drummer!
6) What was the last contemporary band/singer you got excited about?
I’d have to say Amy Winehouse, more her re-emergence with Back to Black.  She nailed it with that album.  Gnarls Barkley have got something really unique going.  I heard The Good The Bad And The Queen’s album playing in a shop and bought it straight away.   I also like Hard Fi but don’t know what happened to them, thought they’d have a couple more albums out by now.
7) W.H Auden said a poem is never finished it just gets abandoned. Is this true with your music? Do you feel, "Well if I don't stop now it'll go on forever"?
I can relate to that in terms of the writing and recording.  When it comes to playing things live, there’s always the possibility of developing the ideas.
8) Who would you most like to hear do a cover of one of your songs?
I’ve always imagined Pauline Black singing one of my songs.  Others I could imagine singing my songs are India Arie, Luciano and Paul Weller.
9) Do you rate Hank Williams as a singer?
I’m not so familiar with his music though the little I’ve heard is good.  Strong melodies, he’s got his own distinctive sound and he wrote songs that connected with a lot of people.
10) What do you want to be doing 5 years from now?
In 5 years, I’ll still be striving to be a better musician.  I want to be playing for a bigger audience, doing more gigs and continuing to record and release songs.
(Find out more and listen to Imani's single by visiting here: http://www.myspace.com/imanihekima)
Posted by The Rebel Magazine at 02:23