Interview with Stephanie Moran (co founder of The Marmite Prize) 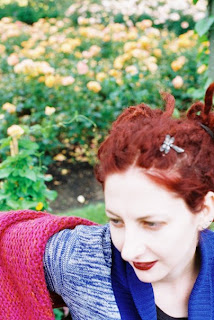 How did the idea for the Marmite Prize come about and why did you want to do it?
Stephanie Moran: “The first Marmite Prize was itself the winner of a competition, run by Residence Gallery - after a year of running one-week exhibitions, there was an open submission for proposals for the last show, and Marmite was chosen. It was a very off-the-cuff idea to start with, then we just had two weeks to advertise for submissions and organise the show - but was so surprisingly successful we did it again. And again.
Things I particularly like about it is getting to see what painters all over the country, as well as internationally, are making. And the opportunity to put together a big group show quite democratically, based just on looking at images and not from friends or cvs, without worrying about themes or making it all into one thing - it's just the work, a diversity of good painting.”
This is the 3rd time the prize has come round. What have been the highlights of your event so far?
“Highlights - definitely when Oliver Kossack, who we dedicated the last prize to, heard about it and came over to present the prize, as well as making us some drawings for the cover of the catalogue. And this year, Bill Woodrow making and donating the Marmite Prize. Also, the artist-judges who have agreed to donate their time and support - Mark McGowan, Harry Pye, Dallas Seitz; Michelle Fletcher, Liz Neal, Millie Thompson; Marcus Harvey, Dan Hays, Mali Morris and Dai Roberts so far.
It is generosity like that which makes me see the good side of the art world - the bit which is about the art, which takes art seriously and cares about it.”
Has it ever seemed more trouble than it's worth or have you ever felt you've bitten off more than you can chew?
“It is frequently challenging, but never more trouble than it's worth - no matter how much trouble it may be.”
Do you enter prizes and competitions yourself? Have you ever won anything?
“Yes, I enter John Moores religiously and never get in. I enter other things when I like the look of them. The last thing I won was when I was about 7, it was a treasure hunt at a school fair.”
Have you ever doubted your judge's final decision and felt there were more deserving winners?
“The thing about art is that there is an enormous amount of subjectivity, and it is very hard to say one thing is better than another, which is why we leave the judging to others. And the judges have always done a fantastic job.
I have always been ambivalent about the competition element. Just being a part of the selection committee is a huge responsibility, and extremely difficult.”
Has anyone shed any tears over not winning the Marmite Prize?
“I very much hope not! Having seen the process, I never take rejection (from art prizes) personally any more. Certainly in the case of Marmite, it is a selection, like all art exhibitions - and not everyone can be in everything.”
What are your ambitions for the project? Is it something you'll do for the rest of your lives?
“Every time we do it, it gets better. We design it as our fantasy prize - we think, from our point of view as artists, what do we want from a prize? So this year we are collecting the work of all the UK-based shortlisted artists, and the show is touring across the country over six months. And the prize is a piece donated by Bill Woodrow! Next time we would like the exhibition to take place in Scotland and Wales as well as London. Or Berlin.
Maybe we'll do it for the rest of our lives, certainly for a long time yet.”
What do you think of this year's turner prize nominees? Are any of them good enough to enter the Marmite Prize?
“They seem an odd collection of artists - perhaps inevitably disparate, but also of uneven quality. Dexter Dalwood wouldn't make my shortlist, Angela de la Cruz probably would. The others of course are not painters, however the Otolith Group seem interesting.
I always think it's a shame that for such a short shortlist the exhibition cannot be any larger or more in-depth for the Turner Prize. I am not sure that it does enough, although it tries.”
What are you views on belt tightening and art council spending cuts? Do you think Anthony Gormless and Mark Wallinger deserve more money?
“I don't believe in cuts which unfairly punish the poor with the brunt of the burden for our nation's debts, while also creating further unemployment. I think people would rather pay more tax and keep their jobs than rely on benefits. In times like these, it seems that the rich should take their share of the burden, and - being in a better position to relieve the situation - shoulder the responsibility (perhaps in quite a Victorian way, the notion of duty to those less fortunate, and a moral and civic duty).
I don't like the arts council spending cuts, and many artists are doubly affected by the recession - by being less able to sell work and having no funding for projects, and moreover being less able to survive in their usual way with free-lance and part-time jobs in the arts and culture industries, as these are cut. But when there are essential services being cut - affecting people's health for example, perhaps art may be a luxury? Bring back the philanthropists...”
Are you an actual fan of Marmite? Do you have it on toast etc?
“The Marmite Prize is nothing to do with Marmite the food product - it is to do with the original meaning of the word, as an earthenware pot.”
http://www.marmiteprize.org/
Posted by The Rebel Magazine at 07:50