Q & A with Will Sergeant 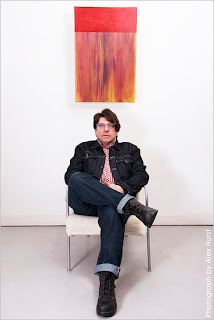 (Photo above by Alex Hurst). For more info: http://www.willsergeant.com/


Will Sergeant of The Bunnymen answers 10 questions for The Rebel Magazine:
1) I understand you were involved in a collaborative project at Tate Liverpool that was responding to murals by Mark Rothko. Can you tell me how that went and if you've always been a Rothko fan?
“I was invited to participate by my friend and sound art collaborator Prof Colin fallows. I was of course honoured to be involved. We recorded six drones using an ebo on six different guitars and mixed the resulting tone into an intense impenetrable wall, to reflect the dense walls that Rothko created. I was aware of Rothko's work the sheer size and depth of the works engulf you, they swallow you up and I am a fan, I am a fan of a lot off artists  I like all the obvious artists Warhol, Jasper Johns. Rauschenberg, Joseph Albers, Kazimir Malevich I particularly like the Dada movement and am working on a mixed media homage to Dada at the moment.”
2) Were you happy when Liverpool was made City of Culture in 2008? Was it a success?
“By nature I am very cynical. At the beginning of the Capital of Culture year I thought it was going to be rubbish, but by the end I was sad to see it go, It has left Liverpool a totally different place. Liverpool was a forgotten town. Wrongly seen as a den of thieves by much of the rest of the country, take the Beatles away and there was very little to celebrate. We now have a truly modern European city.”
3) John Baldessari said he never kept his art works as he was only really making it as a form of investigation - he just wanted to see what was going on in his mind. Do you relate to that at all?
“I approach  painting in much the same way as I approach making music. I have a spark of an idea that becomes expanded and takes on a life of it's own. the hardest thing to do is stop and say that’s it. I often come very close to what I was trying to achieve and then ruin it by going too far.
I see all my work as experiments some with sound some with paints, you could call this investigation if you like. Not all are successful, the successful ones live and the unsuccessful ones die.  I put them on the wall and live with them for a while. It generally takes about 2 weeks after completion for me to decide the fate of the work.”
4) Do you find it hard to part with your paintings and do you worry they are being looked after?
“So far the paintings I have parted with have all gone to people that I know, except for 'Book of Pleasures 2' this was a commission from someone that wanted the first 'Book of Pleasures' as it had become my favourite painting I kept it, so maybe you are right, It is going to be hard. I haven't had to deal with this yet, I know I can retrieve them from the people that I know at any time for the exhibition I am working towards. After the exhibition it may be easy I will want to get on to the next set of work. In the early days of the Bunnymen it did worry me who was buying our first single, I wanted to vet them all. I'm over that now. I hope I can let them go to strangers when the time comes.”
5) Are you interested in meeting or knowing who buys your paintings or prints?
“I know a few of the people who have bought the prints. I don't see any harm in meeting people that appreciate what you create I meet new Bunnymen fans every week, why not art fans.”
6) How good are Echo & The Bunnymen now? Do you feel the band still has a few classic albums left in them?
“The Bunnymen live are a force to behold. I'm not saying they are as good or worse than the original line up just different. If the original line up were still together they would also be different to the early days, this is inevitable as you grow up you change you become more confident. and I'm afraid more skilled even if  you want to retain the rough edge that once ran though you, it's hard. This is why I never practice my guitar every time I come to it it's almost like the I have to learn it all over again.”
7) Ian McCulloch was some times called  "Mac the Mouth" in the music press and is known for his sharp wit. Has he been supportive of your art or is it not really his thing?
“I don't know.”
8) How ambitious are you? What drives you? What do you want?
“I am a doer I am always up to something creative I don't think this is ambition just a need to create  I couldn't  stop even if I tried.
I want to get on with my work and be good at it.”
9) What is a typical day for you right now  how much is spent doing music?
“At the moment I have so many projects on the go some are musical and some are not. it's hard to pin down to a typical day. I also have teenage daughters so most days I am a taxi.”
10) What are the best days of the week and the best time of day to paint?
“Any day of the week is fine I like to start early and I like it to be sunny but this is England we are talking about so most days are dull.  I often paint outdoors for the light. but I have done quite a lot inside with electric light, in my small studio but it's nice to take them into the sun and see what’s really happening.”
Posted by The Rebel Magazine at 11:16