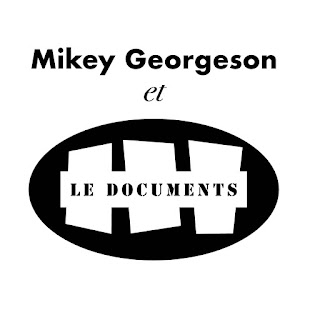 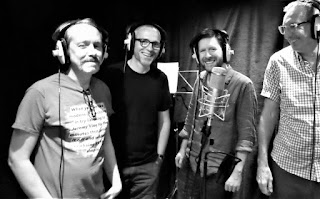 Among the tracks they recorded was, "John Lennon Is Not Dead" (written by Georgeson & Pye.)A rough mix of the song features on a You Tube video which you can see: HERE 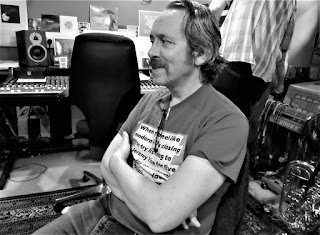 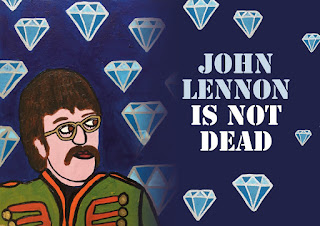 The exhibition’s curator Harry Pye explains the title of the show he said: “Some people believe you die 3 times. The first time is when your heart stops beating, the second time is when they put you in the ground, and the third time is when everyone stops saying your name.  I still turn to John Lennon when I need cheering up or feel in need of inspiration, and because I’m not the only one, I feel it's reasonable to say, John Lennon is not dead.” 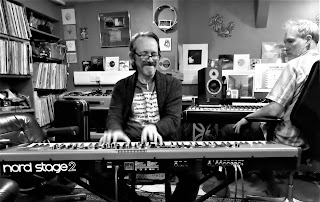 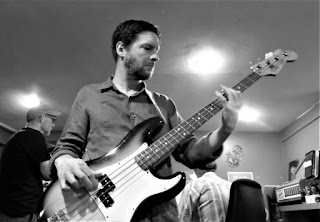 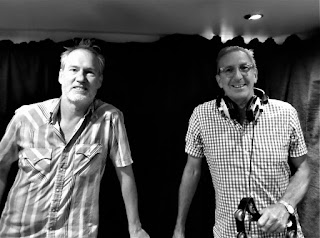 Above:Producer Sean Read with Paul Speare (Tambourine)and Kevin Eldon (Lennon impersonator). The backing vocals were by most of those just mentioned plus Chris Tosic and Harry Pye.
Posted by The Rebel Magazine at 11:32 No comments: