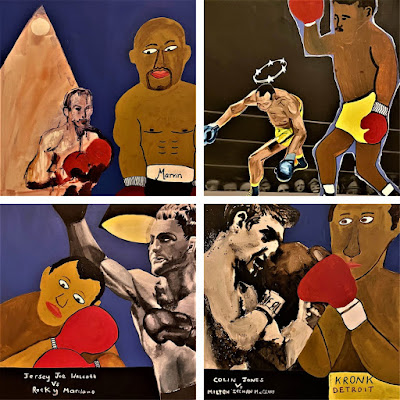 Below are four collaborative paintings that were made in 2006/2007 that were recently found in a loft. The paintings of boxers were based on bouts between; Ezzard Charles and Jersey Joe Walcott, Rocky Marciano and Jersey Joe Wolcott, Colin Jones Vs Milton 'Iceman' McCrory, Alan Minter and Marvelous Marvin Hagler. 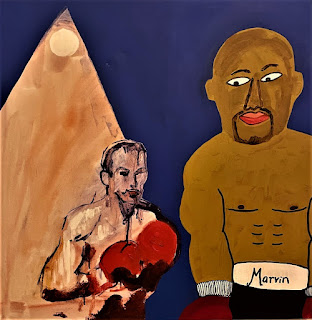 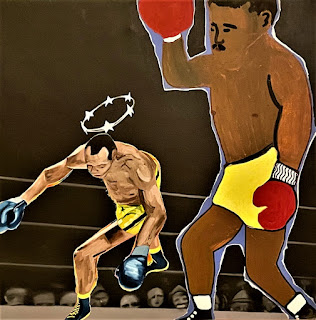 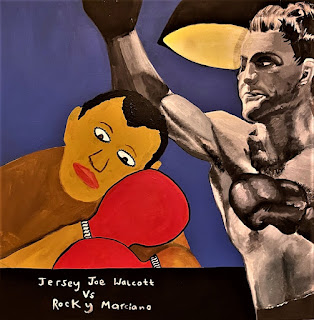 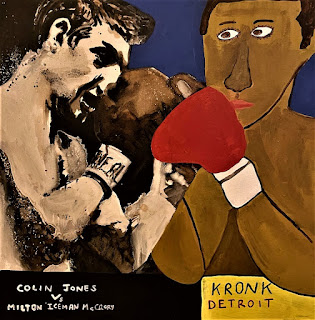 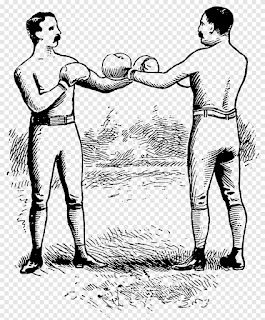 Some Boxing Quotes...
John Conteh: "I'm going down so often these days you'd think I was making a blue movie."Rocky Marciano: "Why waltz with a guy for 10 rounds when you can knock him out in 1?"
Marvin Hagler: "Nothing can intimidate me. I just go out and destruct and destroy."
Alan Minter: "Sure there have been injuries and deaths in boxing - but none of them serious."
Posted by The Rebel Magazine at 11:23 No comments: