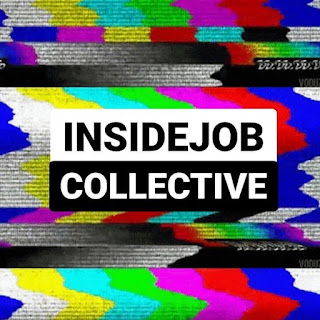 There are two acts who are up for performing a couple of songs at the opening night of the Inside Job show at Tate Modern: 'Lovers of the Fancy' and Gustavo Montagnini.

Lovers of the Fancy are a trio led by Richard Lamy (who worked front of house at Tate Britain for a decade). The drummer of this band is James Lawson whose day job is at the info and tickets desk at Tate Britain. The band are "Sensational Bluesabilly Trio bring you Syncopated Swamp Beat and Victoriana Stomp." You can see a promo vid made for the band: here 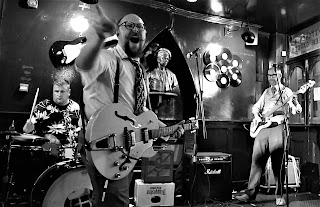 Gustavo Montagnini can be seen performing The Beatles song 'A Day In The Life': here:

Gustavo worked in the book shop at both Tate Britain and Tate Modern. He was born in Brazil and now resides in London. 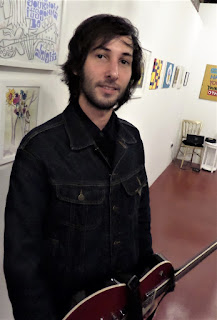 Lovers of the Fancy want to perform a cover of "Into My Arms" (originally by Nick Cave) and dedicate it to their Tate Mate Barry Thompson who sadly died last year,
Posted by The Rebel Magazine at 12:00 No comments: