People are getting angry 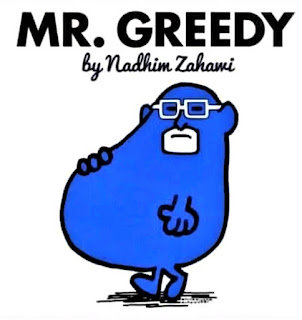 Today Lee Anderson (who is Tory MP for Ashfield) was quoted in The Telegraph for saying: "Food bank users are often wasting money on fags, booze and Sky TV... There was a lot of money they could save. There were takeaways, holidays. In this world, you don’t have the automatic right to have all the nice things in life. You have to work for them and you have to pay for them.” Anderson says. “We should be teaching a man to fish. If we get back to the basics, get people to help themselves, give them a hand up rather than a hand out, this country would be even better.”
Tim Burgess: "I thought ‘careless’ covered stuff like spilling your coffee, but apparently it includes setting up an offshore trust in Gibraltar under your parents’ name, transferring your shares to that Trust and then selling those shares for £27million - you live and learn I suppose." 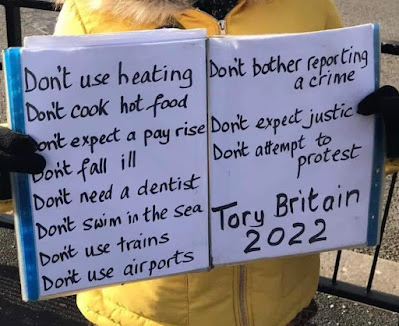 David Osland: "Michelle Mone has a new yacht, Boris Johnson has a Six Million pound book deal and Nadhim Zahawi's horses have central heated stables. But remember, you can eat for 30p a day if you batch cook." 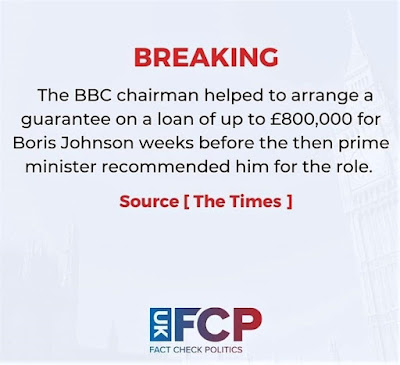 Phil Jupitus: "If you are a British citizen, you are held in contempt by your current government. They are, make no mistake, laughing at us as they callously dismantle everything that genuinely makes life tolerable. Health, social care, welfare, education, the arts and benefits. They are doing this in order to sell it back to us, its original fucking owners in order to financially and politically benefit themselves and their corporate sponsors/backers/bosses/overlords. And the turd cherry on this shit sundae is that they control the media and are creating legislation to criminalise defending our rights. Woke enough for you, you Upper class, Tory, Saville Row, Eton and Harrow, Oxford (Big C) Conservative (bigger C) cunts?"

Posted by The Rebel Magazine at 12:28