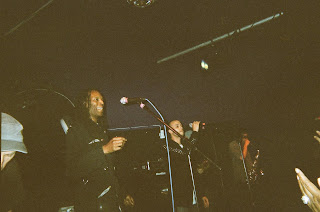 The Half Moon pub in Herne Hill (near Brixton) is a great little venue and last night I saw Ranking Roger and co perform a brilliant set there. Their only other London show this year is at The Grand in Clapham on Friday the 2nd of December so as you'd expect tickets for this show had sold out quite a while ago. 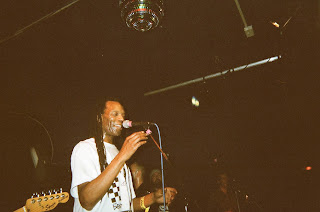 They began the set with "Rough Rider" - an Eddy Grant song made famous by Prince Buster. Ranking Roger sounded great and the place was packed with happy people. I was pleased to see a lot of women in the audience, maybe this is because of the fact Ranking Roger has kept slim, trim and youthful looking. 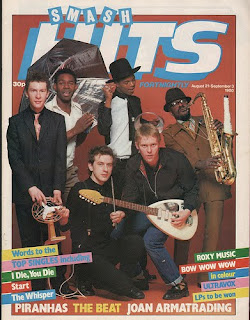 I was very impressed by all the musicians. Everett Morton is still an absolutely blinding drummer. (On the photo of the Smash Hits cover Everett is the one with the Umbrella next to the two guys who went off to be in The Fine Young Cannibals). Morton's playing on "Ranking Full Stop" was a particular high light. The keyboard player (Mickey Billingham)is a former member of Dexy's Midnight Runners who also worked with Ranking Roger in the band General Public. I didn't recognise the others. I have to say I had serious doubts about how good "The Beat" were going to be with so many original members missing but this new line-up is pretty tight. It was a pleasure to see Ranking Roger and Matthew Murphy (a.k.a. Ranking Junior)duet on their version of The Clash's Rock The Cashbah. They work well together and bringing him on board was a wise move. 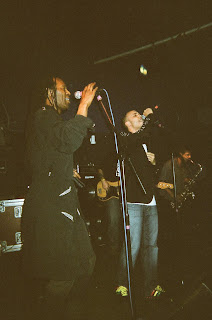 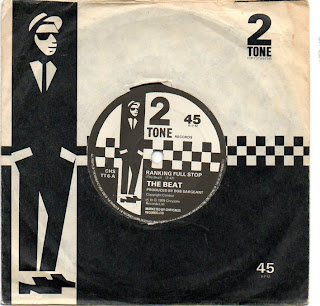 "Mirror In The Bathroom", "Hands Off She's Mine", "Tears of a Clown" and all the other classic hits sounded great - so much better than I was expecting. Respect is due. 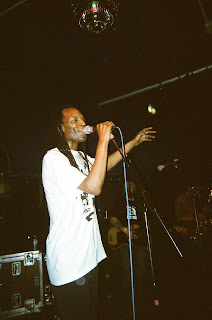 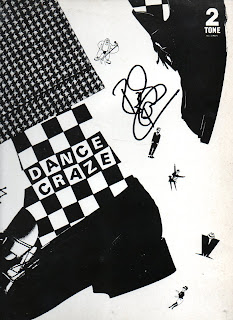 (Above: My signed copy of Dance Craze. Below: Classic cover star.) 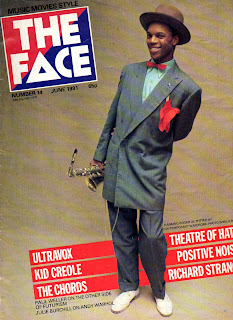