A bit of a chat with Keith Levene 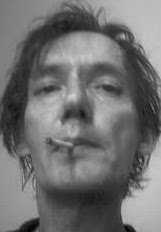 Keith Levene is an exceptionally good guitarist who helped make some great records. He was an original member of The Clash and co-wrote “What’s My Name” but he is of course best known for forming P.I.L with John Lydon and Jah Wobble. I asked him if I could do an interview with him via e-mail and he said “No. Filling in forms isn’t exactly punk rock is it?” But he seemed happy enough to have a chat on the phone. When we finished the conversation I asked him if he wanted to proof read my attempts at transcribing the conversationbut he said: “I’m not bothered mate – just put it out.” So I have. This is my version of what we discussed around about 11.30 am on Tuesday the 4th of October...

Me: I was looking at various clips of you on You Tube. I really liked watching you play acoustic guitar on a very recent track called Mind Chaos. Another one I was into was called Violent Opposition from 1989. What can you tell me about that one?
Keith Levene: “I was in L.A doing soundtrack work... I was asked to record for Ryko who just ripped me off. It was exhausting to do, I got no money. It was fucking awful. But I did record some great tunes. There’s a lot of pretty wicked stuff (from that period some of which still hasn’t come out) – a lot of it isn’t concrete – they’re not out takes they’re more like proposals I guess.”
It’s sad how many musicians still get ripped off. Are you still wide eyed? I saw a documentary about Chuck Berry once. He said he got ripped off on his first contract he signed and so he became mean. He said he wasn’t going to get bit by the same dog twice.”
“I think Chuck Berry was always mean.”
Do you have a manager or someone looking out for you?
“I’ve got Jah Wobble looking out for anything to do with P.I.L. John (Lydon) did some immense work and there’s no taking that away from him. But sometimes it’s like there’s another guy who lives inside of him....” 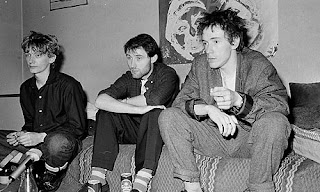 In ten days or so there’s a new CD that features both you and Jah Wobble playing together for the first time in many years. I read a press release in which Wobble is quoted as saying that he’d been searching for a charismatic front person and lyricist for about 20 years and that he was overwhelmed when he met Julie Campbell and read her poetry. What was your first impression of her?
“I didn’t know of her work before he told me about her. When I met her she was shy but cool. I think we’d agreed to do two or three tracks originally but very quickly there was an album’s worth of material. We did a video and I met her again – I liked her. Jah Wobble’s got a great eye when it comes to discovering new worthwhile things. He’s always searching and trying to find the shit. There’s a lot that he can get his head around. I’ve got only good things to say about Julie Campbell.” 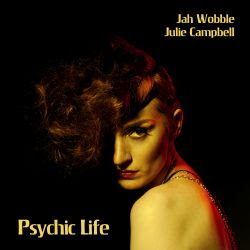 Jah Wobble said of you: “No one has ever come close to Levene in terms of playing the non-square, non-bourgeoisie, harmonically hip ‘guitar wash’ a la ‘Poptones’.”
“The music of P.I.L is me and Jah Wobble.” 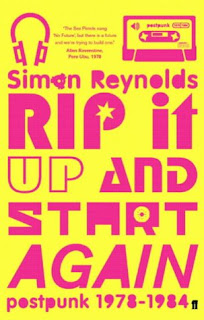 Have you read the book “Rip It Up And Start Again” by Simon Reynolds?
“No. There are a lot of books I haven’t read, a lot of records I don’t own. I was on the cover of NME once – I saw a photo of it but I don’t own a copy of it. I don’t know... do you know the first time I ever met Bernie Rhodes I was about 17 and the first thing he ever said was: “Stop reading the music press.” I did read something Simon wrote a review that I read once and it was 100 % bang on but to be honest I’m wary of reading about punk by people who weren’t there. I suspect Simon was too young. How old do you think he is?”

I'd guess about 45 maybe - I'm not sure. I remember him writing for Melody Maker in the late 80s - he must have been at least 20 then. Do you think that between the Post Punk years of 1978 to 1984 there were more mischievous, intelligent and creative people making music than there are now?

"Oh yeah. I’m not impressed with most 30 to 45 year olds but I think there’s a lot of interesting stuff from the 15 to 25 year olds. There’s something in the air at the moment just as there was in the late 70s. The Sex Pistols were a great “Fuck You” band. And I liked the fact that (with punk it didn’t matter that) you could look like Adam Ant or you could look like Rat Scabies. But, from my point of view (post punk bands like) P.I.L were more about the music...” 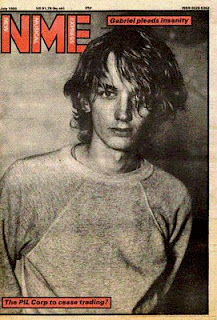 In “Rip It Up” there’s a bit where it says both you and John Lydon weren’t that into touring. You’re quoted as saying you’d rather make a video than do a 30 date tour...
“It’s not that I don’t like to tour – I like playing live. We were punks. We didn’t want to have jobs. We didn’t want to be people who worked nine to five in jobs we hated. Not everyone knows how crushing constant touring can be. Music means so much to people. It should be expression, it should be creative... and you need to have the courage to fail, you need to find out what you don’t want. When you do a 30 date tour it all goes wrong because suddenly you’ve got your record deal, you’ve got your tour, you’ve got your drug habit and if you’re not very careful you turn into Elton John.”
What’s life like for you these days? Are you a rich man? Are you a happy man, an angry man?
“I’m fucking angry about everything – I always was. When I started school at 11 I got told I was anti social.”
And are you a rich man?
“I’m rich because I live my life how I want and do what I want to do. I don’t compromise. I’m nearly dead but I wouldn’t want it any other way.”

The release date of Psychic Life by Wobble & Campbell (featuring Mr Levene) is the 14th November. For more info:
http://www.cherryred.co.uk/shopexd.asp?id=3338
Posted by The Rebel Magazine at 16:17