Q & A with Peter Davies 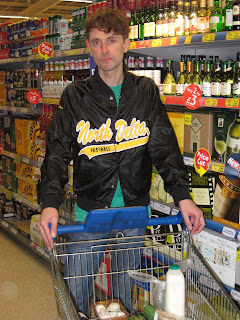 Peter Davies is an excellent artist represented by The Approach gallery. You can find out more about him by visiting here:
http://www.theapproach.co.uk/artists/davies/biography

The Rebel: Do you have a favourite British film director?
Peter: "Thats a tricky question for me, I feel a bit ill informed about British Film Directors, I have lots of British films I like, often just for a while. I like all the obvious stuff like The Wicker Man, Don't look Now - I like some of Nicholas Roeg's films, but I'm not really a big Nicholas Roeg fan- David Lean, Danny Boyle, Ken Russell, I love Derek Jarman, had a Peter Greenaway moment back in the day. I also like corny stuff like Richard Curtis related films, and Paul Greengrass type action films, and Ridley Scott, I liked Sophie Fiennes film about Anselm Kiefer, that was really funny (for the wrong reasons). I like early Stephen Frears- My Beautiful Launderette etc. But none of these people are my favourite film makers, I like non British ones more, like Herzog and Fassbinder and the Coens etc the usual arty cliche stuff. I also really like Peter Brook, but he's really a theatre director etc although he made Lord of the Flies and various others."

Has Mike Leigh, Ken Loach or Alan Clarke ever made a film which made much of an impact on you?

"I have enjoyed some Mike Leigh films, especially High Hopes, and more recently Happy Go Lucky, but generally he depresses me, but possibly not as much as Ken Loach, I like what he stands for but I find his films a downer, although i really like Riff-Raff and Kes. Alan Clarke I've never been so interested in although Scum was amazing as was Made In Britain and they stand as benchmarks."

Of all your fellow students and tutors which one person sticks out when you think of your college days?

"That's hard, I was lucky to be taught by many interesting people, and having done some teaching I realise how demanding it is, and how little the students realise it takes out of you. There were some pretty ridiculous people who were fellow students, but that was fun. There was this Australian girl on my MA who was doing really bad sub Bill Viola rip offs, I said her work reminded me of Bill Viola, she was furious, I went from sort of "best friend status" to sworn enemy over night. When it got to my crit some months later, she was just yelling repeatedly that my work was just like "Lander" i was like, who the fuck is she talking about, (does she mean Linder - who we didn't know back then? Or Land Art?). In fact it was Sean Landers, it kind of stung, but I thought at least he's trendy (circa 1994) whereas Bill Viola is a total twat. And maybe she hit the nail on the head."

How powerful are paintings?
"I don't think paintings are powerful. But I think art is the most important manifestation of a the level of sophistication a culture has arrived at."

Can a painting turn an angry man into a happy man?
"Yes, it does me, I'm pretty angry, but making paintings, and looking at art makes me happy (kind of!)" 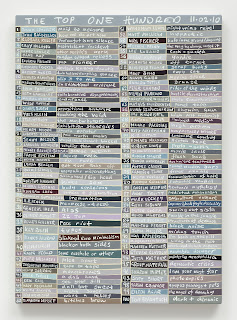 "That's rubbish. I mean Fran Lebowitz rocks, but I think the ability to make conversation is quite a talent, some people just can't. It's so nuanced. I think its good to be friendly, and making any conversation is a step towards that, and it might just have to be polite. I like charm as well. A lot of the artworld clearly disagree with this!"

The late Alex Chilton named one of his last albums, "Cheap Shoes and Tight Pussy". The record company later re-released the album under the title: "Set".
Which title do you prefer?
"The first one obviously, but then he'd already used up the title "Cliches" for a previous album (Wiki wiki")

As a child did you have all the Star Wars figures?
"I had none, but my brother had quite a lot" 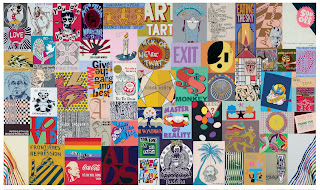 (above image: "The Epoch Of Perpetual Happiness" 2009)


What painting are you currently working on and how is it going?
"I'm working on a painting called "The Dream Of The Blue Turtles or Tantric Painting For Beginners" it's going extremely slowly, as in I started it in mid October and I'm not yet half way through it. But its meant to send up the notion that laborious =Meditative=tantric. It doesn't."

If you look at all the artists in the Sensation catalogue - what percentage of them would you say were good artists?
"That's so subjective and relates to the question 3 below this one . It would be interesting to see that show now and think about what it looks like. There would be quite a few "where are they now" moments, but also a realisation of how like ancient history that show has become. It was part of a specific moment and period, but the things that have happened since in art are infinite and incredible. I was really tagged on the end of that group, it was amazingly exciting for me to be in it, and a great boost for my career, but I wasn't really part of that generation, I was really an ambulance chaser. And when i was at college, we thought the YBA's were shit, and wanted to react against them and make US slacker work and liked Richard Prince, Mike Kelley, Karen Kilimnick, Bruce Naman, Paul McCarthy, Christopher Wool et al. Then I was in a Sensation with some of the YBAs, most of them were really unfriendly and up themselves apart from a few. Anyway, at this moment in time I think Peter Doig is more exciting than any of them, and he wasn't in that show"

If the weather was nice... Would you rather go for a walk round Bethnal Green or a walk round Camberwell?
Bethnal Green. I like all those Taxi re-spray places. When I lived in Camberwell they discovered bodies buried in the garden of a house a few doors down, it slightly marred my appreciation of the area.


Who was the most overrated artist of the 20th Century and who was the most under rated?
"Thats too hard, I like how we keep re-assessing people. Like John Stezaker and Phyllida Barlow. I like how Paul McCarthy wasn't always the super star he is now. I like how we now love Iza Gensken and Maurizio Cattelan, when we didn't back "then". I'm interested in how things change and advance and we look at things differently. Rudolf Stingel, Steven Parrino, Alina Szapocznikow, Marc Camille Chaimowicz, Charlotte Posenenske, General Idea, Dorothy Iannone, they were all overlooked for too long. Who will we next realise that we ignored and undervalued, perhaps- Victor Burgin, John Hilliard, Judith Goddard, Andrea Fisher etc" 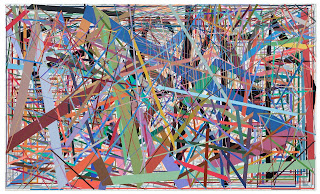 Is the National Gallery the best gallery in Europe?
"No. I like the Palais De Tokyo" 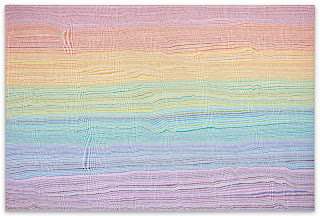 Are you a fan of Will Ferrell?
"Not really, I saw Anchorman and the one with Maggie Gyllenhall, he bores me. I prefer Seth Rogen and Jonah Hill and Steve Carell"

Which other painters do you talk most to about painting?
"I don't. I really don't think of myself as a painter, I don't get off on the materials. I like seeing exhibitions and looking at art but not especially painting. Recently, the thing I most liked was the Hilary Lloyd show, although I enjoyed Gauguin, much to my surprise."
Posted by The Rebel Magazine at 13:01