Q & A with Fernando Saunders

My introduction to Fernando was seeing the 60 minute video "A Night with Lou Reed" which was filmed in 1983 at the Bottom Line club in New York. I love this video and I've watched it dozens of times. I went to see Lou Reed and his chums play live in London about four years ago and the highlight of the evening was a rendition of the Velvets classic Jesus sung, not by Lou, but by Fernando. I'm really glad Jesus features on Fernando's new album and that he found the time to answer a few questions for me. 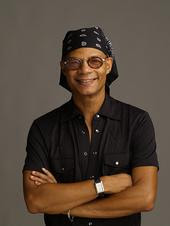 The Rebel: Where did you grow up and where do you now call home?
Fernando: “I grew up in DETROIT MICHIGAN , and I call home Europe and New York. I really Love Europe ...”

How positive are you feeling about 2011? Do you feel President Obama is doing ok?
“I feel 2011 will be a good year to make a new beginning for all of us. It will take lots of work to clear the problems of the past, but starting over is a better opportunity… 2011 will be a good time to be creative. I feel Obama is doing great. It will take time but he is on the right path. My new CD is called “Plant A Seed” and the lyrics is “Plant a seed and it will blossom” so I feel Obama is planting seeds and they will blossom.” 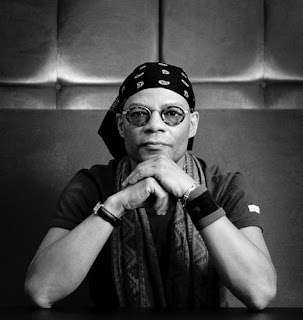 How long has it taken you to get your new album together? Has it been hard work?
“I have been working on my new album for about two years. I started in Switzerland which was a good place for me to clear my head and focus on being a solo artist. Then I needed another environment to develop the CD – but not a big city like NY which I love – so I decided to complete my new album in Czech in a place called Ostrava – a very creative place full of art and everyday people. I also had some local artist perform on a few tracks. Folklore musicians like violin player Karel Holas Also some New upcoming talent , .Elis Mrazov ... also Swiss singer Marie Borcard ... I also had a local artist do the cd cover and Booklet ( PETRA HLAVATA " SASANCA " ) my cd cover ... Also The song " Feel Like Crying " a Duet with Fernando Saunders & Suzanne Vega. And a duet with Lou Reed, and a track with Jan Hammer :) 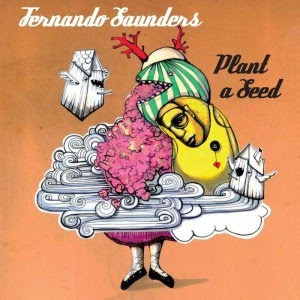 When Lou Reed first wrote Jesus for The Velvet Underground do you think it was half sincere and half sarcastic/ironic? Or that he was being deliberately ambiguous? But when you sing it now it's 100% sincere? Did you talk much about the history of the song with him?
“When I first heard the song “Jesus” I was surprised that it was a Velvets song. But I was not surprised that Lou wrote this song because I know he really loves Gospel and soul music. I also hear it in his approach to singing. I feel he was sincere when he wrote this song… also that’s what is great with a song – everyone can find their own meaning.”

Tell It To Your Heart is a lovely song which sounds better when you do it live than it did on Mistrial. Do you think the Mistrial album needed more time and money spent on it?
“Yes, " Tell it to your Heart " is a Beautiful song . I will record this song one day.
I don't think " Mistrial " needed more time or money we really both like " Mistrial " I know it was not a typical " Lou Reed " but " Mistrial " it did make it to the TOP 40, the Song " No Money Down " and help Lou to get back in bigger venue's and open up his music to a new audience of people who never heard of Lou, and it open the doors for the " New York " Album , sometimes we need to make a change , do something different , to go to the next level ... :)
But Yes, " Tell it to your Heart " was one of the songs I arranged for the " Mistrial " it is more of the direction , I would have liked to produce Lou Reed.” 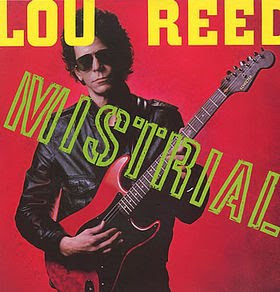 Can you tell me about the day you recorded Sex With Your Parents? Were you provided with an acoustic demo of the song first? How did you get it sounding so alive and fresh?
“I cannot remember the day we recorded " Sex With The Parents " but I do remember this album was recorded in the summer in Lou Reed’s home studio, which means we could take our time , most of the songs we worked out in the studio , yes we always get a demo of the songs , but we find the parts in the studio. The song sounds live and fresh because we recording it just how we play (it on stage). And having a good song helps.”

The first time I became aware of you was when A Night With Lou Reed in NYC was screened on TV. I was blown away by you, Lou, Robert Quine and Fred Maher. I know Robert and Fred both went on to play on records by Matthew Sweet and Lloyd Cole. Did you stay in contact or follow what they did? And would you agree there was something special about that line-up
“Yes the band for " A night with with Lou Reed NYC " was a good mix of artists , also me and Lou and Quine had a strong Connection with each other , because of the recording " The Blue Mask."
I was in contact with them sometimes but I was also working on my album , and also working with Marianne Faithfull , Steve Winwood and many other projects.” 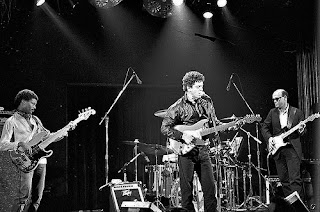 Your bass solos from that concert are amazing. What musicians inspired your playing? There's no other bass player I've heard that really sounds like you?
“I was inspired, from living in Detroit which is where I spent my childhood , so Motown was a big inspiration for me as a singer and a Musician , also I liked Jack Bruce, James Brown , The Beetles, James Jamerson , Miles, Classical music and singing in the Church :) so my sound of my Bass inspired , from my voice.” 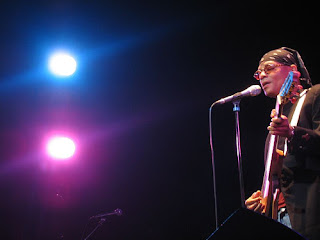 Are you at your happiest on stage or do you dream of a holiday on a beach doing nothing?
“I find Happiness , in Many things , but yes Making music for me is the highest level for me and where I get my peace of mind.” 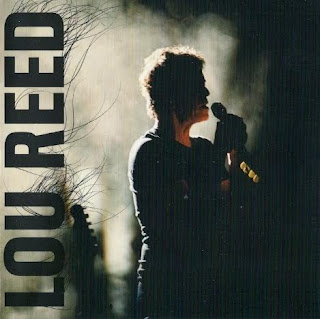 How easy is song writing for you? Do you find the more you do the easier it gets?
“ Song Writing , sometimes easy sometimes not , but never a stress for me , when you hear my New Album " Plant a Seed " tell me if you think it was easy for me to write :)))))

Which young performers and songwriters do you rate? When was the last time a new band blew you away?
“The last Band that blew me away, was the last show I did with My Band :)))))”

For more info: http://www.fernandosaunders.com/
Posted by The Rebel Magazine at 02:29