The story of The Values began in 2010 with "Trojan Horse" - a protest song about the Nazi BNP leader Nick Griffin being given the red carpet treatment by the organisers of the BBC's Question Time show.
The lyrics for Trojan Horse were half inspired by a speech made by Jerry Dammers (who was one of the many people protesting outside the BBC building while the interview with the former Holocaust denier Nick Griffin was taking place). And half inspired by a Richard Herring comedy routine which compaired the apathy of young people today who don’t even bother to leave their house and vote with British people of the past who were willing to leave their country and join The International Brigade fighting against Franco's fascists.
Julian Wakeling, who is both the musical director of The Values and the producer of Trojan Horse previoulsy collaborated with Diane Charlemagne on dance tracks such as Under One Sky on the Drifting Soul label.
http://www.youtube.com/watch?v=bKWFyA-4EdY
Trojan Horse was sung by newcomer Marie Smith and featured a brilliant sax solo by Paul Speare (a former member of both Dexys and the TKO Horns). 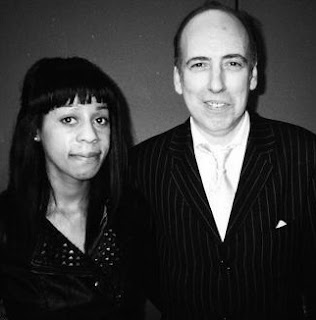 (Above: Singer Marie Smith with Mick Jones, who makes a cameo in the Values video)
David Sheppard (who was has written well received biographies of both Elvis Costello and Brian Eno) heard the song and said:
"Noble lyrical sentiments and delicious backing track. Whoever wrote the organ line/hook deserves a hearty handshake."
Another fan of the song was Jon Wilde who has written for numerous magazines including Melody Maker, Loaded, The Guardian and Uncut. Wilde’s response couldn't have been much more enthusiastic…
“This is really, really, really fucking good. Best thing I've heard in ages, in fact. It's rootsy to the core and it's as real as thunder.
She might not know it as yet but the female vocalist is a natural. Her phrasing is impeccable. The interplay between her and the male vocalist, I could do with more of that. Great sax too... My simple gauge of a great song is that you want it to go on for another five minutes. I could do with another five minutes of this...When the "rap" comes in at the end, I want it to extend for a good while. Consider me a convert. More please.”

(Image Above: Paul Speare, Harry Pye, Gordon Beswick, Juilan Wakeling)
In September 2010 a special edition of The Rebel was launched at The Sartorial Gallery in Kings Cross. Each copy of The Rebel magazine came with a free 4 track e.p by The Values. 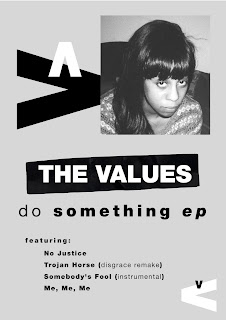 Tracks on the e.p were
1) Gez Richmond's Disgrace Remake of Trojan Horse
2) "No Justice" sung by Josiah Steadman
3) Somebody's Fool (feat. Vic Godard)
4) Me, Me, Me (with music written and produced by Andrew Petrie)

Videos for several Values tracks (made by Team Beswick & Pye) were screened on the night. Below is a clip from the Trojan Horse video featuring Ritchie Lamby, Andrew Petrie and Marcus Cope. 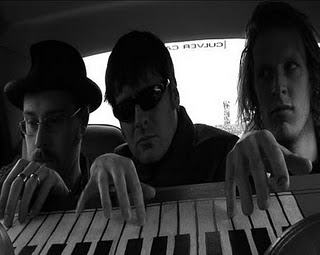 The Values are recording a cover of the ska classic "You're Wondering Now" for a compilation CD that will raise much needed funds for young people suffering with cancer. 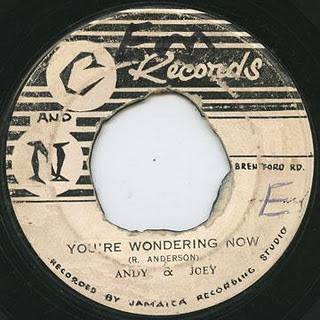 The track which was produced by Wakeling and Pye features all the usual suspects like Mikey Georgeson on piano, Andrew Petrie on organ, Ritchie Lamby on guitars PLUS: Rob Jones on drums and trumpet. 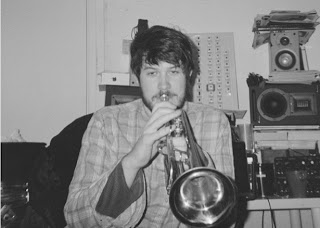 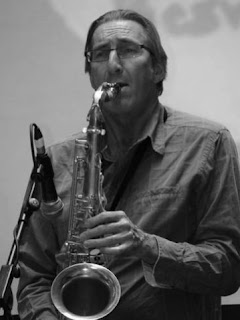 Posted by The Rebel Magazine at 15:40