Hits of the Year 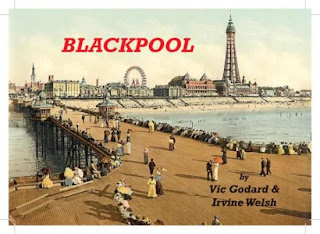 Vic Godard with Irvine Welsh - Blackpool E.P
Harry Pye: "This is the new CD I have the listened to the most over the last 12 months. The songs on this e.p. are both funny and sad. They remind me of classic tracks like Dead End Street The Kinks."

Euros Childs - Spin Tht Girl Around (Label: National Elf)
Liam Curtin: "This is quite simply the best new song I've heard this year. I first heard this performed live in August at 'NatNight' in Cardiff and subsequently as part of a 6Music Session and then finally in it's released form on former Gorky's Zygotic Mynci frontman Euros' latest album 'Ends'.
It's a beautiful track with just Euros' unique voice and piano. It amazes me how Euros seems to efortlessly come up with such gems, as he has released 7 solo studio albums since 2006. Another musical highlight of 2011 was his collaboration with Teenage Fanclub's Norman Blake, Jonny, whose
excellent debut lp was released at the end of January. You can download much of Euros' music for free from his website, including the 'Ends' lp: www.euroschilds.com/

You can hear a great live BBC radio session version of 'Spin That Girl Around' here:
http://www.bbc.co.uk/programmes/p00m6z5n 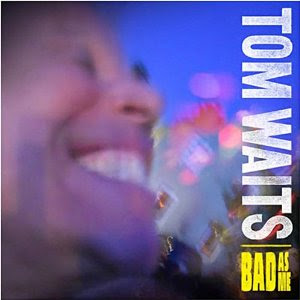 Tom Waits: Pay Me (Label: Anti/Epitaph)
Harry Pye: "(You're the same kind as) Bad As Me" rasps old Tom on the daft title track of his 17th studio album. My two favourite guitarists: Marc Ribot and Keith Richards are featured on several tracks which makes me happy. The best song on the album is quite a sad one. I don't know what type of music "Pay Me" is - it sounds kind of Irish and kind of French - anyway whatever it is I like it. 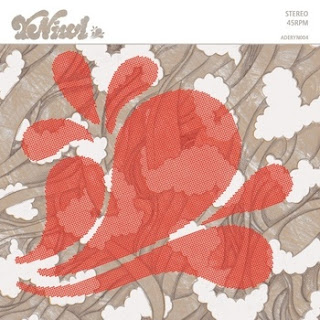 Y Niwl - Undegsaith (Label: Aderyn Papur)
Liam Curtin: "One of the best 7" singles I bought this year was 'Undegsaith' from North Walian instrumental surf-rock band Y Niwl. At 1 minute and 8 seconds long, it sounds to me like a long forgotten 60s tv theme. The first time I played this single I though 'is that it?' but that's the point I suppose.
Y Niwl (which translates as The Fog) have recently supported )and backed) Gruff Rhys on his 'Hotel Shampoo' tour and have been attracting some great reviews."
You can listen to Undegaith here: 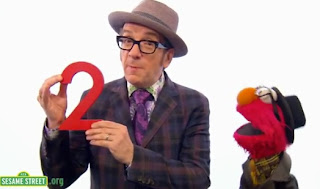 Elvis Costello feat. Elmo: A Monster Went And Ate My Big Red Two (Label: D.N.A)
Robin Warren: "Wheeling in famous musicians to collaborate with the muppets of Sesame Street has produced some classic moments over the years, from Cab Calloway serenading the Two-Headed Monster, Harry Belafonte assisting The Count in his coconut counting duties and Stevie Wonder teaching Grover how to scat. Frankly, for kids in the 70s and 80s it was a one-way ticket to awesome. How could our current stars even hope to compare? Recent cameos have ranged from the sublime (Feist's version of her own '1,2,3,4' had her dancing with chickens) to the rather sloppy (James Blunt's 'My Triangle'). But this effort from the second most famous Elvis in history really isn't too bad at all, a song about a broken man grieving for his number 2, which has been eaten by a certain boggle-eyed monster. His friend (and apparent exact twin) Elmo has a temporary solution in the form of a replacement digit, but of course that soon gets eaten as well. The video ends with the issue unresolved but Elvis seemingly accepting his loss. Doesn't quite match up to REM's classic 'Happy Furry Monsters' or Feist's chicken-dancing routine, but a fine effort nonetheless, and a good introduction to the Costello Canon. Particularly for me, as I'd never heard the song it's based on."
Posted by The Rebel Magazine at 01:55