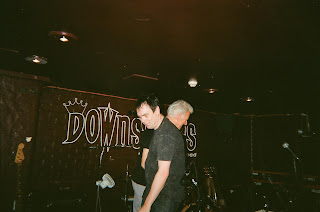 Last week I went to Club Senseless at Downstairs at the King's Head, Crouch End. Since 1981 the venue has put on great variety nights - Julian Clary, John Hegley, Paul Merton, Alexei Sayle and many other greats have performed there.
Club Senseless is run by Ronnie Golden who has rounded up some very good musicians to play in the house band: Ronnie & The Rex. On the first friday of every month (apart from July and august) you can see Ronnie & co do their thang. There's a spot called "challenge the band" where you can request the band play any song in any style you like.
I've been a Kevin Eldon fan since the 1990's when he appeared on BBC2's Fist of Fun alongside Stewart Lee & Richard Herring. I was delighted to see him in such an intimate venue. 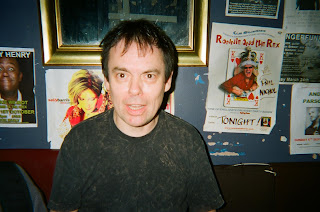 Kevin's short but sweet set was a delight from start to finish. We were treated to great material about catchphrases,impressions of The Fonze, splendid piss takes of actors who take themselves too serioulsy and bad comedians who have to rely on embaressing people in the front row of the audience in order to get cheap laughs. The talented Mr Eldon can also play the guitar and one of the many highlights of was when he perfectly re-created the sounds of records getting stuck on a scratch and CDs jumping. Who else could turn the sound of a scatched record into pure comedy gold?
I spoke to him for a few seconds during the interval. In 1997 he'd answered some questions about his Fist of Fun characters for my fanzine Frank. Apparently there is a possibility that Go Faster Stripe are going to bring out a DVD of the series and that Kevin, Richard and Stewart will record some commentaries and bonus material. Since 2002 there has been a website devoted to the show: fistoffun.net which has guides to each episode and plenty of treats.
Anyway, here is my very old interview with Kevin...

Harry Pye: Whenever you appear on telly, living rooms up and down the land are instantly filled with laughter. But, are you laughing along with us or are you an unhappy clown?
Kevin Eldon: "Oooh I'm happy - I often find myself shivering with contentment and then stomping one foot on the ground in front of me. Like a horse would." 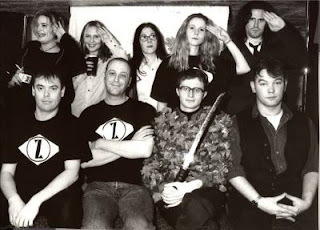 Harry:I understand you're currently working on a new show called "Club Zarathustra" what's that about?
Kevin: "Hats."
Harry: Have you ever heard of a man called Michael Gira and his band The Swans?
Kevin:"No, but I'm willing to bet his voice is a keening contralto that soars effortlessly into falsetto, still retaining power and epression before swooping down to a low mellifuous hum which could almost be the soul of Gira. Or is he just not very good?" 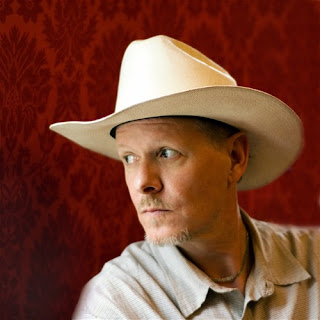 (Above: A photo of Michael Gira who I interviewed for the same issue of Frank that Kevin's answers originaly appeared in.) 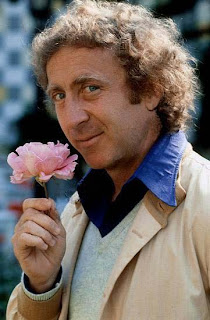 Harry: If I were to write about the comedy actor Gene Wilder I could say something like "I'm just Wilder about Gene" or say that he was "a Gene-ius". However, your name creates problems. How would you like this feature to be titled?
Kevin: "Just put..."Kevin Eldon - this man is obviously a cunt"
Harry: How happy were you with the pilot episode of "Cows"? Do you think it could have done with a bit of editing?
Kevin:"Not happy. You can't do Eddie Izzard lines properly through latex. Yes, it could have done with editing. Never took off really. Shame, but there you go." 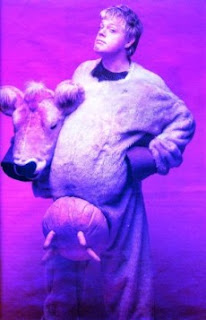 Harry: And what about "London Shouting" with Alan Parker (Urban Warrior)?
Kevin: "The BBC comedy boss fool didn't listen to the fact that we all recognized that the (spoof) "Word" format wasn't perfect for the Alan Parker character, and that if Simon Munnery had been given a series it would've been fab cos that would've been changed from that, to something more Urban Warriory." 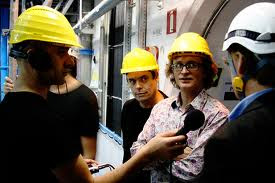 Harry: Have your skits on Fist of Fun recieved any response from "The Real" Rod Hull? 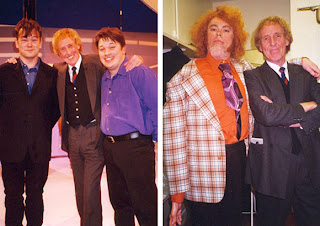 Kevin: "Yes. He puts on a false pair of lips and goes about insisting he's the real Kevin Eldon."

Harry: What are the chances of your hobby obsessed Simon Quinlank character getting his own half hour show?
Kevin: "It's not my hobby obsessed character. Rich and Stew write it and I am their comedy whore. They feel they've gone about as far as they could with Quinlank. They reckon it gets harder and harder to write and keep fresh. I can understand that. I think a one off half hour special could work but it's up to the boys." 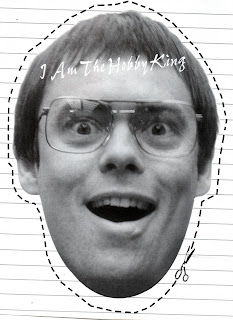 Harry: Why weak lemon drink?
Kevin: "I think a lot of people's mums used to put that in their flasks when they went out on a school trip or to the Cub's Jamboree. Mine did anyway. It's such a bland an irritating drink I think Rich & Stew recognised the comedy potential in it. The twats."
Harry: Do you take your characters home with you?
Kevin:"No. It's a small flat."
Harry: Which products would you consider advertising on telly?
Kevin: "Bras and cat litter."
Harry: You're currently working with Chris Morris on Brass Eyeis it true that in real life he is alarmingly like the characters he plays on screen?
Kevin: "Chris Morris is a charming fellow. He reminds me of a fine and decent officer in the British Raj." 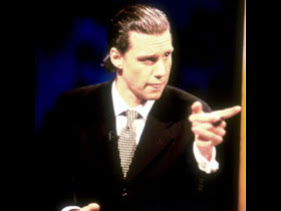 Harry: What thoughts would you like to leave us with?
Kevin: "Suffering is inherent in existence, but there needn't be such a thing as suffering needlessly for the sake of it. Problems are symptoms of happiness being looked for in the wrong places. Cup-a-soup isn't as bad as you think."
Posted by The Rebel Magazine at 00:04