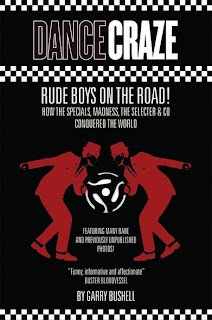 "Dance Craze: Rude Boys On The Road" is a new book available from acidjazz.bigcartel.com for about £8 or for about £6 if you go to FOP (just off Charing Cross Road).
It's written by Garry Bushell who made his name writing for Sounds magazine from 1978-85. Garry wrote the original Dance Craze magazine, was the first journalist to see The Specials play live and was the first journalist to interview Madness. 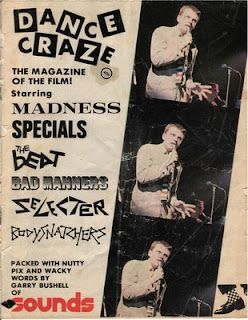 I rate this book, it's a pleasure to read and there's lots of great photos. I asked Mr Bushell to answer a few questions about 2-Tone via e-mail... 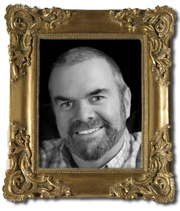 The Rebel: John Bradbury plays drums on both sides of the first 2-Tone single (Theme from Selecter and Gangsters) and he was also the composer of the last ever single released on the label. Do you rate him as a drummer?
Garry: "John’s drumming was perfect for the Specials. Sparse but solid. JB also played a key role personally in the whole 2-Tone phenomenon." 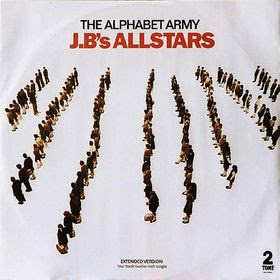 The Rebel: What was your take on Bernie Rhodes? Ultimately do you think of him as a good guy or a bad guy?
Garry: "Bernie was a chancer, not really someone you’d trust. He had been a used-car salesman and it showed. Tony Parsons, who knew him better than I did from the Clash days, used to call him “the lying printer”. Bernie so wanted to be McLaren it hurt, but he wasn’t as bright, I didn’t think, or as lucky. (He was Malcolm’s driver early doors.) The Specials thought he was a bad guy, obviously. To me he was more of a wannabe Machiavelli; a clown."
The Rebel: Madness and The Specials both did covers of old Prince Buster and Dandy Livingstone tracks - do you tend to prefer the 2-tone versions of songs like Enjoy Yourself, Rudy, Madness, Wondering Now etc more than the original?
Garry: "No! The originals were best."
The Rebel: How good a dancer are you? Are there any songs like Do Rock Steady that never fail to make you get up and dance?
Garry: "I dance like John Travolta in that film... the scene where he’s machine gunned in Pulp Fiction. ‘A Message To You Rudy’, ‘One Step Beyond’ and ‘Lip Up Fatty’ all work for me though. As do ‘Liquidator’/‘Long Shot Kick De Bucket’ etc they’re always guaranteed to get me on my feet, not that anyone who want to see that."
The Rebel:When was the last time you met or chatted to Jerry Dammers? Do you discuss music and politics with him or do you just talk about old times?
Garry: "Blimey, years ago. I’d love to see Jerry again; a genuinely fascinating bloke. I fancy seeing Spatial AKA live but acknowledge I’d be in a minority."
The Rebel: Can you imagine Buster Bloodvessel making a comeback? Do you think there is still a good album left in him?
Garry: "Yes. I think he could have a hit single again, with the right song. It’s a shame Doug and Nick Welsh fell out so badly because with Buster’s charisma and Nick’s song-writing ability they could have taken Bad Manners back into the jolly old zeitgeist. Doug fronted the Buster’s Ska Battalion charity single last year which could have charted with a bit of promotion. Came down the studio in Forest Hill with a home-baked cherry pie, which he generously dished out, and his dog, which wouldn’t stop barking along to the music. Crazy day."

The Rebel: "Do you like anything Terry Hall did post Fun Boy 3? Did you buy his solo stuff like Home, Laugh etc?
Garry: "I didn’t dislike it, but I didn’t buy any of it. A bit too wet for me. What’s Wrong With Me was okay, but I’d rather listen to Jennie Bellestar."
The Rebel:Who at Sounds shaired your enthusiam about 2-Tone? Were there any journalists who just didn't like them?
Garry: "Dave McCullough was into the Specials early doors, and so was Sylvie Simmons over in LA. I remember Pete Silverton reviewing the Bodysnatchers before they were signed, in his typically semi-sarcastic style. Eric Fuller, who was a big reggae purist, took against the bands, accusing them unfairly I always felt of ripping off Jamaican artistes."
The Rebel:Are there any bands around now that remind you of 2-Tone legends?
Garry: "Yes. Buster Shuffle from Hackney are good; and I like what King Hammond is doing – it’s just a shame he’s doing it on such a small scale these days. P45 are promising. I really like the sound of the Upsessions. The Dub City Rockers’ new album is worth hearing, not 2-Tone especially but ‘Trojan City Love’ is a great great song."
The Rebel:What's the best reason for buying your book?
Garry: "Three reasons: nostalgia, laughs and unseen pictures. Actually four reasons: you can also amuse yourself spotting the proof-reading errors..."
The publisher wanted to reprint my original Dance Craze mag, but I think this has turned out far better than that would have done because I’ve gone back to my notes and diaries from the time and expanded the pieces I did back then. I’ve tried to capture the fun of the period."
The Rebel: Which of the 2-tone acts were the best live band?
Garry: "For me, Selecter because they had so much energy live (and because I was besotted with Pauline). Can I add that their song ‘Celebrate The Bullet’ is worth going back to - an under-appreciated thing of beauty." 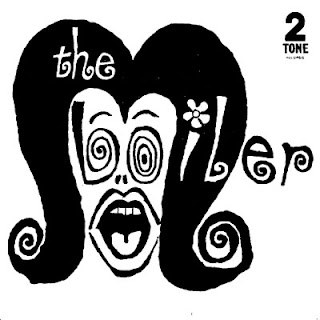 The Rebel: Who is the nicest person or most likeable person you've met connected with 2-Tone?
Garry: "Tough question. A lot of nice people: Lee Thompson, Dougie, Charley Anderson, Neville Staple and Lynval are all diamonds. And I do like Rhoda, even though she can be a bit prickly – she came round my house once and demanded I throw someone out! Okay, it was Dave Courtney and opinions vary, but it was my house and I’ll have who I like there. I’ll go for Judge Dread because he was always funny. And because he winds up the po-faced." 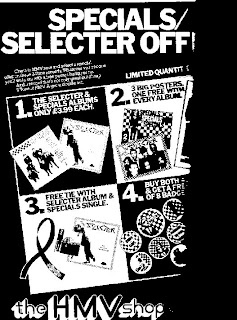 Posted by The Rebel Magazine at 14:26