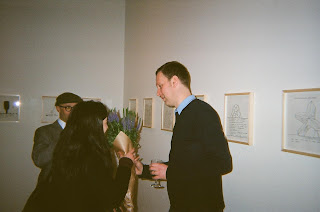 (Image above: A nice lady gives David Shrigley some flowers. The chap in the cap is none other than TV funnyman Harry Hill. Image below: me enjoying the free drinks) 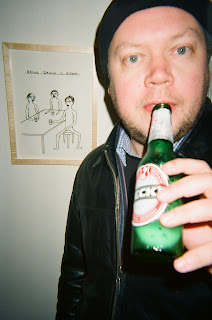 I've always been a Shrigley fan. Last week I went to Old Burlington Street to see his solo show ("Arms Fayre") at the Stephen Friedman gallery. This show co-incides with David's major show at the Hayward which recently got a 5 star review in Time Out. The Independent rightly described the show recently as being: "Weird, funny, abject, silly, savage, moral and engaging." I wouldn't be too surprised if he was up for the Turner Prize soon.
Shrigley's work also appears at the 100 Mothers show which opens at the Contemprary Art Space Chester on the 8th of March. 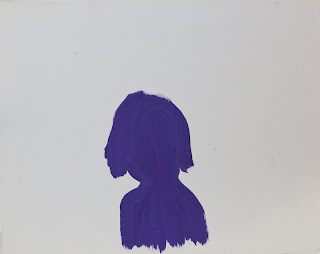 (Above: Mother by David Shrigley)

A company called Polite have made a series of greetings cards which feature Shrigley's work. My favourite one expresses his love/hate relationship with public art. 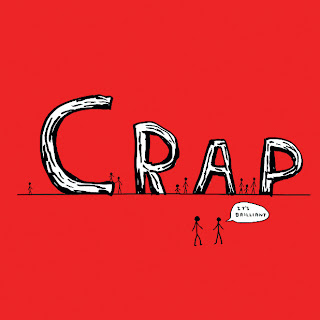 David can seemingly turn his hand to anything - The show at Friedmans features ceramics, animation, and even a bit of taxidermy. He has also made work for "Art on the Underground" - It was funny to come out of Shrigley's Mayfair show and then see more of his work on the way home. Slowly Shrigley is taking over the world which is fine with me.
Posted by The Rebel Magazine at 01:47