Q & A with Brian Scott Mednick

Brian Scott Mednick is the first man to write a biography of Gene Wilder. His book "Gene Wilder: Funny and Sad" has been a huge success and earned him many rave reviews. 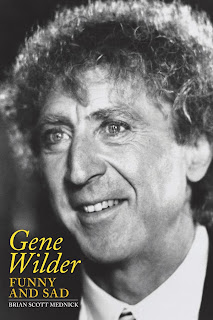 The Rebel: What was the last thing Gene Wilder did / has there been any news from him regarding new projects? Is he pretty much retired for good?
Brian scott Mednick: "Gene has not made a feature film since 1991's Another You, his last film with Richard Pryor. He appeared in three successful made-for-TV movies in 1999, but aside from his two guest appearances on Will & Grace in 2002 and 2003, which won him an Emmy Award, Gene has basically retired from acting. He spends his days writing in his study at home in the Stamford, Connecticut home Gilda left him in her will. Since writing his memoir in 2005, Gene has written two novellas and one short story collection. He is currently working on his next book entitled Humoresque." 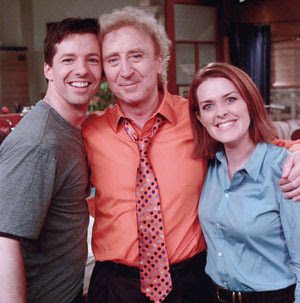 (Above: Wilder on the set of Will & Grace)
The Rebel: How good do you think My French Whore is? Would it work as a film? Do people only like it because it's connected to Mr Wilder or is it a good book?
"My French Whore is a very good book - like Gene himself, it is quirky, funny, romantic, and utterly charming. It was based on an idea Gene had for a screenplay in the late 1960s called Hesitation Waltz. Gene actually sold the film rights to My French Whore and has written the screenplay but insists he will have no role as producer or actor. Unfortunately, I think it is currently in development hell as I have not heard anything recently about the film's production status. I think most people who have read My French Whore did so because of their admiration for Gene, and indeed, it is hard not to picture him as the protagonist." 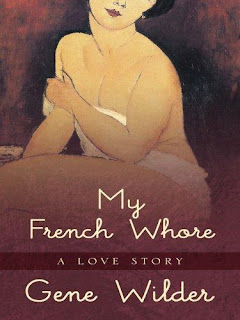 The Rebel: When I read Wilder's autobiography I remember disliking the way he wrote about his relationship with his step daughter. There seemed to be something quite undignified about mentioning her in a negative way. Did you attempt to contact her to get her side of the story? What's your take on their relationship?
"Gene adopted his second wife's daughter from a previous marriage. Her name is Katie and she was very close to Gene. Sadly, she was a very emotionally unstable person and she has been estranged from Gene since 1986. Gene was baffled as to why she refused to speak to him, but it turned out she was dealing with some health problems in New York at the same time Gilda was being treated for ovarian cancer in L.A. Apparently Katie was jealous that Gene did not shower her with the same attention he did Gilda."

The Rebel: Wilder often talked in interviews about being shy. He said he was too shy to play Sid Ceaser etc Are you a shy guy?
"Well, most funny people are really shy. The comedy is often a mask for the shyness. It is funny that you mention Sid Caesar because Gene played a part based on Caesar in the London stage production of Neil Simon's Laughter on the 23rd Floor in 1996. People who know me well always think I am kidding when I say I am really shy, but yeah, I consider myself shy. Not as much now, but certainly when I was younger." 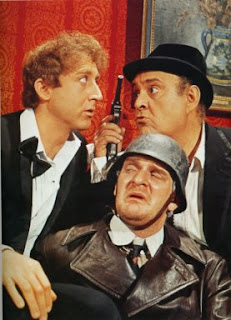 The Rebel: What are your top ten Gene Wilder moments? Which bits from which of his films never fail to move or amuse you?
"There are so many, it is hard to narrow them down, but I would say my favorites, in chronological order, are:
•The Producers - the little blue blanket scene.
•Start the Revolution Without Me - the scene where Gene is asked what his name is and he slowly erupts into a classic Wilder explosion of comic rage.
•Everything You Always Wanted to Know About Sex But Were Afraid to Ask - he really loved that sheep.
•Blazing Saddles - his first scene where Cleavon Little discovers him hanging upside down in his jail cell.
•The Little Prince - his exhilarating Lerner & Loewe number.
•Young Frankenstein - too many scenes to narrow down.
•The Adventure of Sherlock Holmes' Smarter Brother - two scenes in this film are maybe the funniest things Gene has ever done on-screen. One is where he drops a box of chocolates and tries to cover up by stuffing them in his mouth. The other is when he and Marty Feldman escape being sawed in half and wander into a cotillion, not realizing that while they were not sliced to bits, the seats of their trousers were.
•Silver Streak - the scene where Richard Pryor tries to get Gene to pass for black by rubbing shoe polish on his face.
•Stir Crazy - the scene where Gene and Pryor are being escorted in a prison line to their cell. After being hit in the stomach by a guard, Gene proceeds to freak out, doing everything from spitting on the guard’s belt, riding him like a horse, and acting like a squirrel. Teamwork is truly defined as Pryor restores him to sanity, only to need him to do the same for him when he begins to lose it.
•Hanky Panky - Gene and Gilda had a great bit where they are flying in a small plane and Gene refuses to accept that the pilot is dead and he must land the plane.
•Haunted Honeymoon - this is a wrongly maligned film that has many hysterically funny scenes, the best being Gene pretending the butler's legs are his when confronted by cops in the basement.

The Rebel: If you had been invited to attend a screening of Funny About Love before it went on general release and asked if you felt any changes were needed to be made what suggestions (if any) would you offer?
"Funny About Love does not rank as one of Gene's greatest films, but it is not as bad as most critics at the time made it out to be. I am not sure what changes I would have made. It's a cute film with some very funny moments, but it's a film that relies heavily on Gene's charm to carry it." 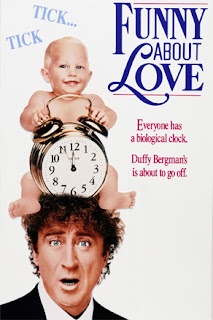 The Rebel: Have you ever seen the French film that inspired The Woman In Red (Pardon My Affaire) are there any French films you are a fan of?
"I saw Pardon Mon Affaire, the film that Gene remade as The Woman in Red, and I honestly did not like it. I thought Gene's version was funnier, had a brisker pace, and much better performances. The Woman in Red is a film that really holds up - and how could you not love the Stevie Wonder soundtrack?" 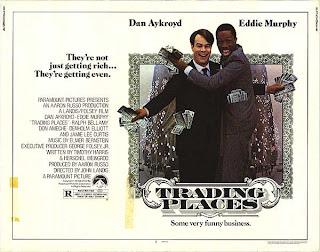 The Rebel: I read somewhere that Trading Places was written with Wilder/Pryor in mind. Do you think it would have been a better film with Murphy and Akroyd replaced by Gene and Richard?
"Trading Places is a great film and has probably the best performances Eddie Murphy and Dan Aykroyd have ever given. It's a dynamite script, but I am admittedly prejudiced and think Wilder and Pryor could have made it even better. Pryor dropped out of doing the film to instead make The Toy with Jackie Gleason. Murphy, who was cast in Pryor's place, didn't want to work with Gene because, according to Murphy biographer Frank Sanello, "he feared being too closely identified with Pryor's screen persona." Murphy had helped Paramount Pictures score a major hit with 48HRS., so when he lobbied to get Gene replaced with Dan Aykroyd, the studio acquiesced."
The Rebel: Which of Wilder's leading ladies do you consider the most attractive?
"Gene has had many attractive leading ladies - Jill Clayburgh, Madeline Kahn, Teri Garr, JoBeth Williams, Kelly LeBrock, and, of course, Gilda. If you want to talk about pure physical beauty, Kelly LeBrock would have to be my answer. I interviewed her for the book and she is also one of the nicest, most down to earth people you could ever hope to talk to." 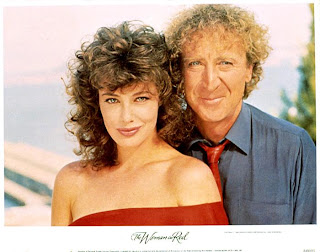 (Photo Above: Gene / Kelly)
The Rebel: Why should people buy your book?
"Because if they don't they will get swine flu! But seriously...it is a very honest portrait of a great artist's life and career. The nicest compliments I have gotten about the book have been from people who aren't necessarily huge Gene Wilder fans who said they found the book so interesting and entertaining. It also has twenty-two pages of great photos, some of which are extremely rare. It's available from Amazon.com in both hard copy and Kindle versions." 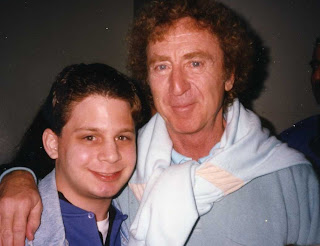 (Above photo: Brian Scott Mednick with Gene Wilder at a Gilda's Club event in 1993)
Posted by The Rebel Magazine at 13:11