Q & A with Quilla Constance 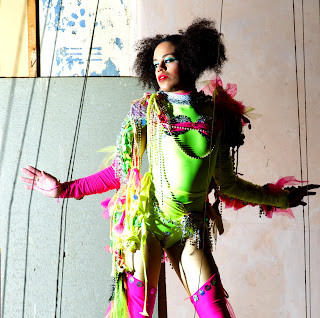 Photo of Quilla Constance by Simon Richardson
The Rebel: What makes you want to get out of bed in the morning?
Quilla Constance:  “A ravenous hunger for mischief and revenge...”
What's the best track you've recorded so far and why is it the best?
“I've written a track called 'Top Drawer Lover' - It's about the new Rampant Rabbit Three-Way Vibrator currently on sale in Ann Summers. They claim it gives you a 'Tri-gasm' (ie/ anal, cliterol & vaginal climax) cos apparently a measly vaginal orgasm is no longer enough for today's women. I'll look forward to testing this hypothesis again and again and again...later...”
Is the you we see on stage the real you?
“Yes, who else would it be? Arthur Mullard??”
Page 3 is celebrating it's 40th anniversary. Do you think page 3 makes women sad and feel bad about themselves or do you think it's a good thing and hope it's still here in another 40 years?
“I think it's a good thing because there's nowt wrong with celebrating the body. Although I do think Page 3 should embrace women with a much smaller bosom (like me) -there aren't enough gymnasts and female body builders being photographed. These girls look great but Page 3 promotes a safer, usually blond, white with big boobs kind of look- which is ubiquitous in western mass-culture...God forbid 'The Sun' should alienate its primary audience...( probably the BNP)-  so on these grounds alone I think it should diversify. Also- I don't see why semi-naked men shouldn't feature once again on Page 3.... You'd think 'The Sun' would want to capitalize on as many different sexual preferences as possible to increase their 'readership' in these hard financial times.”
Where would you like to be in 40 years time?
“Hopefully on stage wearing suspenders and a neon Lycra Teddy where I'd give Madonna, OAP, a high five as I fall effortlessly into the splits never to arise again ....”
How do you write lyrics? Do you have a notebook with you at all time in case inspiration strikes?
“Afraid I'm not that organized. In the past when inspiration has struck and finding myself devoid of manuscript and quill, I've recorded lyrics and vocal melodies onto friends answerphones. This has annoyed a few people.”
When is the best time to listen to your music? (in the car, in a club, on headphones etc)
“Deep inside Laura Ashley on the way back from New Look.”
Are you worried about pensions and getting on the property ladder?
“Yes, so I'm spending a bit more time in China Whites. I'll be the first art-punk wife of a footballer.”
How good at dancing are you / do you have a best move?
“People often compliment me on my dance moves. I attended dance school since I was a tot & the moves are subsequently ingrained. It's difficult to pick a favourite move- I'm torn between a Switch-Turn with Jazz Hands and a Hitch- Kick.”
How interested are you in the new Michael Jackson album "Michael"?
“When Jacko died I cried for a week. As far as I'm concerned there are entertainers and then there's Michael Jackson. At his peak he was in a different league and I don't think anyone has ever come close to that. As Albert Einstein once said "Great spirits have always encountered violent opposition from mediocre minds" - MJ is a victim of his own genius and his music will continue to be exploited purely for financial gain...I'm suspicious of re-release/re-mix compilations and albums featuring unreleased material. I don't think MJ would have given his consent for this stuff to be put out. As an artist myself I appreciate the importance of editing. Fortunately I don't think MJ can ever be demystified, so he actually gets the last laugh.”
What are your favourite items of clothing?
“I feel most at home in the costumes I make.”
Which of these things has brought you the most happiness over the years
a) coffee, b) dogs c) cigarettes
“Definitely dogs...with a few cigarettes to follow.”
Who do you have the most respect for / would rather marry:
a) an astrologer b) a homeopath c) Someone who teaches A level Social Studies?
Are you any of the above by day?
“No...are you? Have you planted this question because you'd like to know whether I'll marry you? If so, the answer is YES Harry I'd LOVE to marry you...our wedding can also be our first date! how cool is that!”
Do you get the off side rule in football?
“What?”
Which films always make you laugh or always make you cry?
“I avoid 'Beaches', 'The Virgin Suicides', 'Love Story', 'Thirteen', 'Kids' and 'Midnight Cowboy' when I have PMT... (Incidentally, 'ALIVE' has been known to make my stomach rumble)...Aside from that films such as 'Harold and Maude' and comedy from 'Bottom', 'Bill Hicks', 'Father Ted' and 'Richard Pryor' has tickled my cockles.” 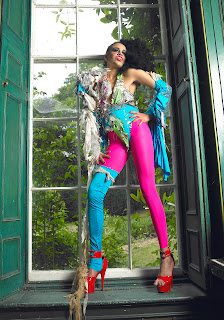 (Photo by Simon Richardson)
Website: http://quillaconstance.com/
Next gig December 18th in The Grand Hall @ The Cobden Club in Notting Hill
http://www.spoonfed.co.uk/london/event/quilla-constance-715862/
Posted by The Rebel Magazine at 15:44